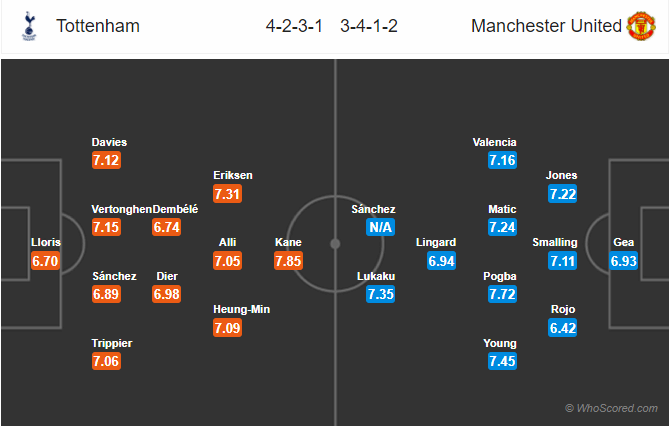 Team News:
Tottenham Hotspur
Serge Aurier remains doubtful with a calf injury but Danny Rose, Toby Alderweireld, Christian Eriksen and Hugo Lloris all are back to training and likely to take a role in the starting eleven.
Harry Winks is out on the sidelines through ankle injury.
Boss Mauricio Pochettino will start with the strongest lineup as he eyes to close the gap with the top four.

Manchester United
Trio Eric Bailly, Zlatan Ibrahimovic and Daley Blind all remain on the sideline through injury.
Jose Mourinho likely to start with three defenders with Chris Smalling, Marcos Rojo and Phil Jones likely to start on these roles.
Alexis Sanchez likely to make a debut in Premier League after his last week move from Arsenal. He is likely to partner with Romelu Lukaku upfront.
Anthony Martial and Marcus Rashford likely to start from the bench.