Manchester United have been a top club since the start. They have given exceptional talents to this beautiful game football. Sir Alex Ferguson was the key of United, he developed players like Ronaldo, Giggs and Neville etc. 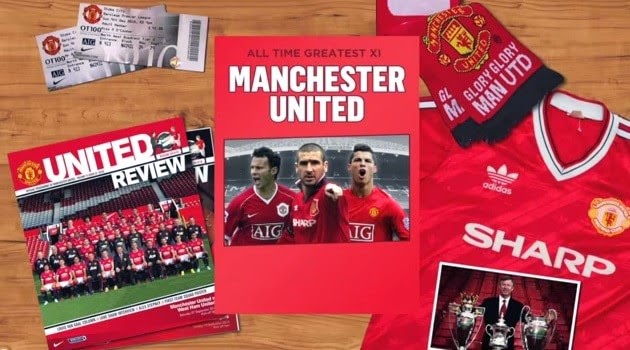 Below is the all-time greatest Manchester United XI:

Center-back: Steve Bruce (1989-1998)
Bruce who spent nine years at Old Trafford is placed at the center of defence. The current Hull City manager made more than 400 appearances.

Left-back: Denis Irwin (1990-2002)
12 seasons at United made him one of the finest left-back in football. He made more than 500 appearances for Manchester United.

Center-midfielder: Paul Scholes (1994-2011)
Scholes was one of the finest midfielder of his time. He made 576 appearances for United in 17 years of stay.

Center-midfielder: Bobby Charlton (1956-1973)
758 appearances in 17 years of stay at Manchester United simply make him a legend.

Striker: Eric Cantona (1992-1997)
Despite of his behavioural issues the Frenchman was still one of the best striker of his reign. He played 185 games.