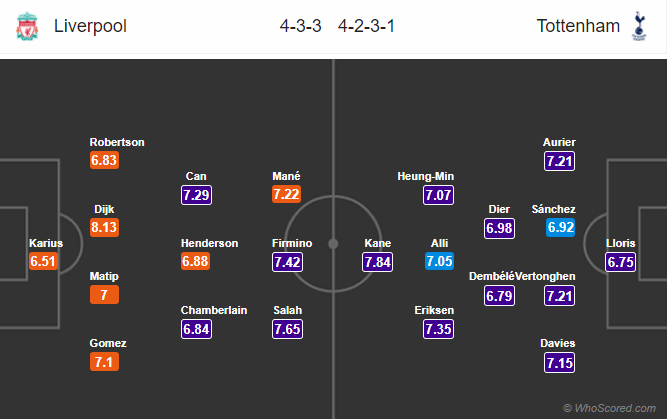 Team News:
Liverpool
Alex Oxlade-Chamberlain and Virgil van Dijk both are likely to return to starting eleven inplace of James Milner and Dejan Lovren, respectively.
Adam Lallana and Ragnar Klavan are doubtful while Nathaniel Clyne remains on the sideline through injury.

Tottenham
Spurs will welcome back Serge Aurier and Harry Winks as both returned from ankle problem.
Toby Alderweireld is also back from hamstring problem.
Boss Mauricio Pochettino has a fully fit squad, he will be starting with the strongest lineup.
New signing Lucas Moura could be making a debut for the visitors.

Prediction:
Liverpool 2 – 1 Tottenham, Salah likely to score for the home side. Salah is two goals away from Harry Kane who will also be eyeing to increase his tally this Sunday.