Real madrid: Top five players of all time. Find out how leads the list. Do you agree?

Again it was very difficult to choose five best players from a list of many great players. 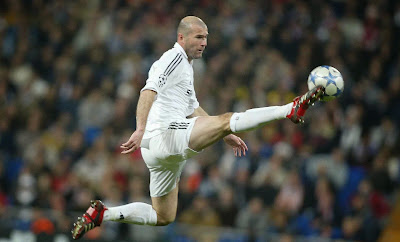 Here are the five top Madrid players of all time.

1.Cristiano Ronaldo
One of the best footballer currently who is fighting for Ballon d’Or. The Portuguese has made over 100 caps for his country and is the 2nd highest top scorer. Ronaldo has scored 302 goals in 292 games for Madrid. Ronaldo could easily break Raul’s record of 323 goals.

3.Zinédine Zidane
A complete midfielder who played 155 matches in his career at Madrid and won every trophy with them. Zidane is currently the assistant coach and sporting director at Real Madrid.

5.Iker Casillias
Real Madrid veteran who has not played even a single match for them this season in La Liga is still considered to be one of the best keeper in the world. He has made 152 appearances and lifted all types of trophies with Spain. Casillas was the highest ranked goalkeeper for Ballon d'Or in 2008.