Premier League winners Chelsea are keen to sign Sergio Aguero from Manchester City, according to latest reports from SkySports.

Premier League winners Chelsea are keen to sign Sergio Aguero from Manchester City, according to latest reports from SkySports. 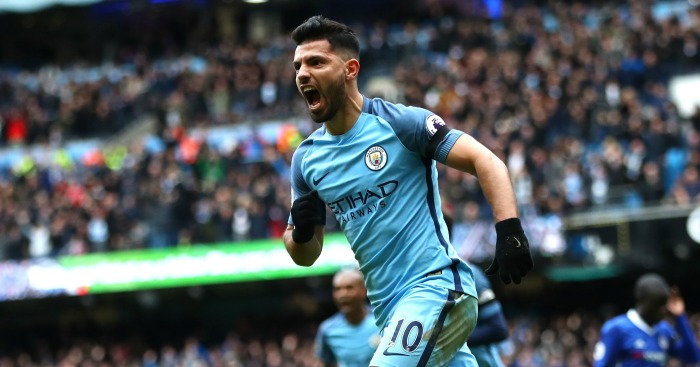 The London side are yet to find Diego Costa’s replacement who is set to leave the club this summer after failing to be a part of Antonio Conte’s plan.

Manchester City have no plans to sell Aguero and it is likely that the Argentina international will also prefer to stay at the Etihad Stadium.

Aguero has been exceptional for the Citizens since his move from Atletico Madrid in 2011. He has netted 169 goals in 253 appearances.


Manager Pep Guardiola would also wants to keep Aguero for the upcoming season as he eyes to bring big trophies.


The 29-year-old was Man City top scorer with 20 goals last season, he netted twice in the final game of the season against Watford.