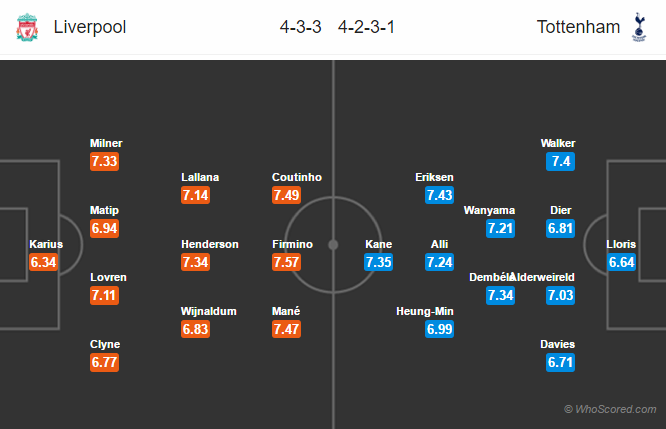 Team News
Liverpool
Liverpool trio Danny Ings, Marko Grujic and Ovie Ejaria all remain on the sideline through injury.
Duo defenders Ragnar Klavan and Dejan Lovren are both doubtful through injury, Lucas Leiva might start at the heart of defense.
Loris Karius could be getting a change after poor performance by Simon Mignolet in the last games.

Tottenham
Kieran Trippier is set to return to first team action, but will not take part in this clash.
Danny Rose and Jan Vertonghen are both out through injury.
Erik Lamela remains on the sideline through a hip problem.
The London side are expected to start with a similar lineup as of last game against Middlesbrough.

Prediction:
Liverpool 2 – 1 Tottenham.
The home side are currently in poor form but are expected to bounce back.
Spurs striker Harry Kane is likely to break the deadlock.