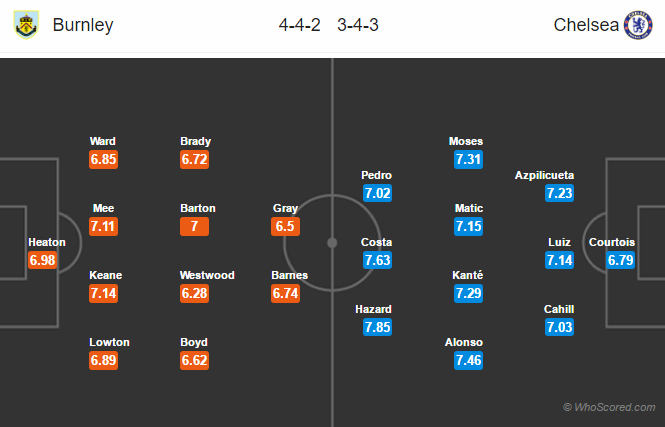 Team News
Burnley
Trio Steven Defour, Dean Marney and Kevin Long all are on the sideline through injury.
Jeff Hendrick is unavailable through suspension, he is suspended for three games.
Winter window signings Robbie Brady and Ashley Westwood are yet to get full debut, both are likely to start today.

Chelsea
Antonio Conte is expected to start with the same lineup as of last game.
Pedro and Willian are eyeing for a starting role.
Skipper John Terry remains out for few weeks through injury.
The rest squad is fully fit to choose from.

Prediction:
Burnley 1 – 1 Chelsea
Burnley are likely to maintain their winning record at home.
Chelsea to dominate the game.
Eden Hazard to score the equalizer.