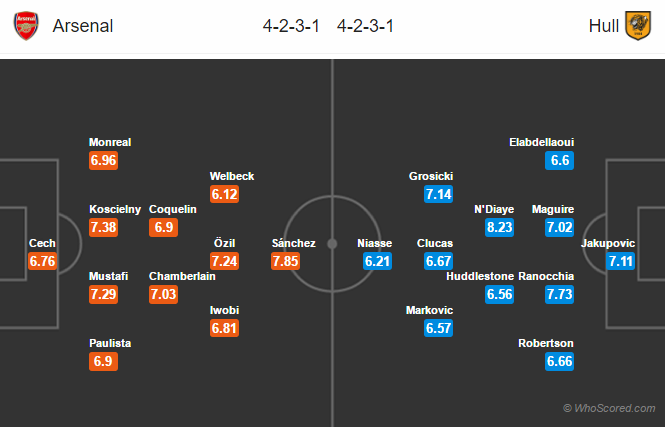 Team News:
Arsenal
Hector Bellerin is back to training he is expected to start from the bench.
Mohamed Elneny is also back from his international duty, he is having a minor calf injury.
Midfielder Granit Xhaka is still out with suspension.
Danny Welbeck is now fully fit and could get his first start since last May. He has impressed in the recent games.

Hull City
Lazar Markovic who missed the last game against Liverpool is available for selection.
Michael Dawon has been ruled out for few weeks with a calf injury.
Ahmed Elmohamady is back from Africa Cup of Nations but is likely to be rested.
Abel Hernandez remains on the sidelines through a hamstring injury.

Prediction:
Arsenal 2 – 2 Hull City, the visitors are in great form, picked up a point against Manchester United and won against Liverpool. They are likely to give a tough time to the North London side.