The Popularity of Premier League outside United Kingdom. Quora reviews on how popular is EPL outside UK, more on La Liga, Serie A, Bundesliga, Champions League.

1- Is Premier League the most popular League in your Country?
2- What about your own National League and its follow-ship?
3- Do everyone in your social circle follow EPL and have their favourite teams?
4- Which other league you like other than EPL?

I have summarized the responses to know what people really thing and what position EPL holds in different countries. 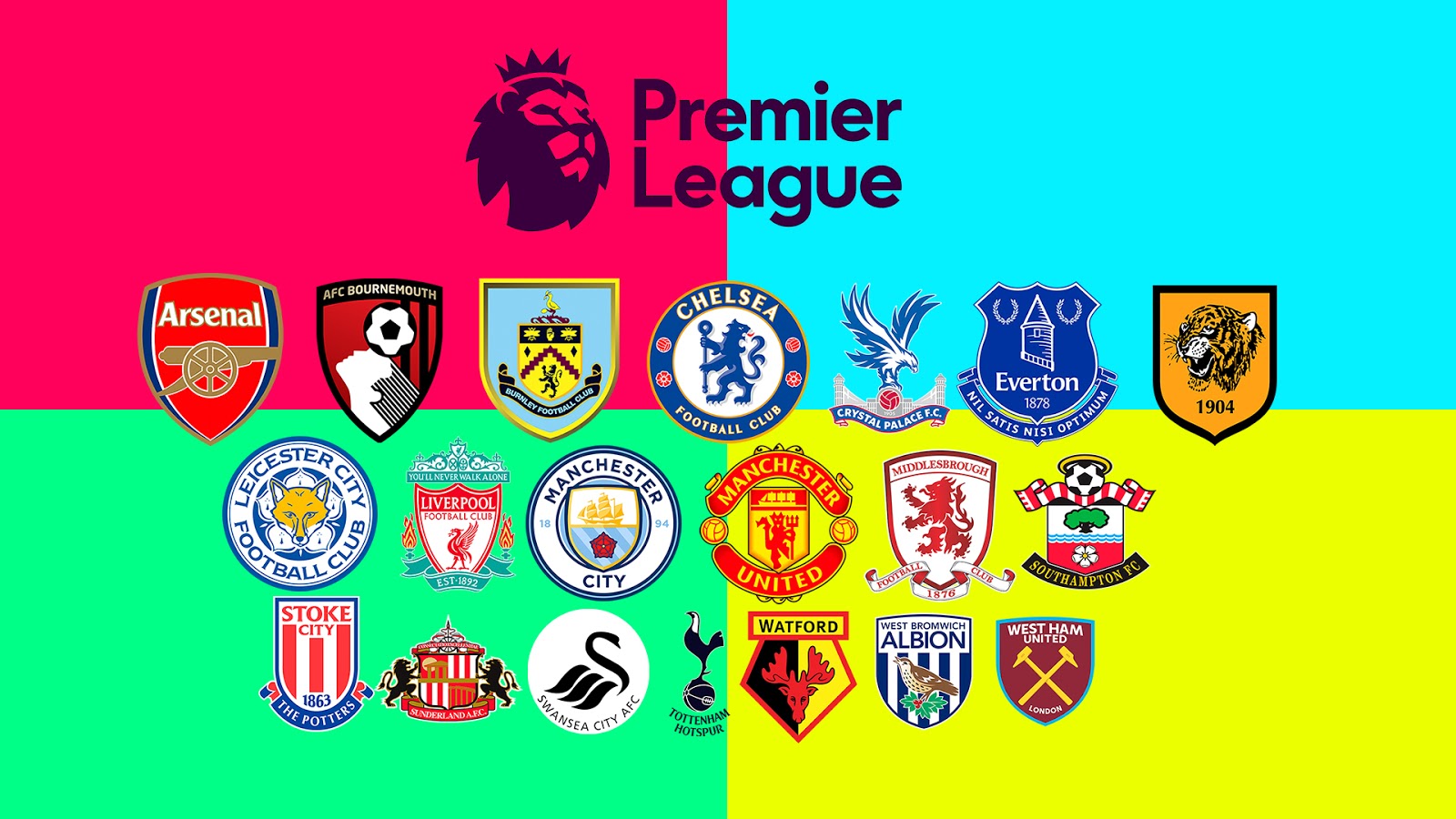 Mike Davies, Manager at VPNSports.com - USA
English premier league is the best soccer league in the world with any doubt. It’s very unpredictable, passionate and addictive if you are a true fan of one club. Talking about soccer leagues, yes, Premier League is the most popular in my country United States. Here we do have our own league named as Major League Soccer, which is gaining more attention and money in recent 5 years.

Thanks to the Premier League, now people here are taking interest in soccer. We have our own football sports which is played with hands too, but now you MLS is promoting soccer game in States. In past 2-3 years many Premier League and world soccer stars have moved to Premier League to promote the game such as David Beckham, Steven Gerrard, Frank Lampard, Roy Keane, Andrea Pirlo, Ricardo Kaka, David Villa, Thierry Henry, Tim Cahill and our very own US men national team legend Landon Donovan.

In my narrow social circle of soccer fans, we do have supporters bar where we can watch the game live together. Despite of crazy time difference I and my friends usually gather to watch Premier League games and have fun on rivalry between us. Other than Premier League, I follow MLS and I support my local team New York City FC. We go out and watch matches at the Yankee Stadium.

Osama Najam, Digital Marketing Specialist at FootballPulp Android App - Malaysia
Premier League is the most popular league in Malaysia. The good part is there are supporters of all top clubs of Premier League like Manchester United, Liverpool, Arsenal, Chelsea, Manchester City and Tottenham too. You can find bars and cafes screening live matches and you will see mob of fans wearing jerseys of their beloved teams and clubs cheering and praying during big match rivalries.

We do have our own football league called as Malaysia Super League which was founded in 2004. Fans go to stadiums and watch matches on TV but there is only local players take part in domestic football to promote young talent and developing our National team. Due to the lack of international players English Premier League is more popular. Malaysia is one of those biggest South Asian countries who are mad about English football league.

Indeed, when you start watching Premier League, you found the best one you like and become fan. Not only just a fan, people become die hard passionate and often seem to be arguing and bantering with rival club’s fan. Despite late kick off time here because of time zones, fans stay up till late night and early morning to watch live matches. On average Premier League matches are telecasted between 11pm to 4 am.

Apart from Premier League I do not like any other domestic league, such as La Liga, Bundesliga or Serie A. But I do follow UEFA Champions League which is a Cup competition consists of top ranked football clubs of different European leagues. It is fun to watch and see Premier League clubs doing good in such elite tournament. The only bad thing about Champions League though is, it is only played in midweek Wednesdays and Thursdays early morning like 3 or 4 am. But the craziness of football has made your priorities clear and we manage to watch matches and continue doing our routine morning school and work running properly.

Fabio Bellobono - Italy
Premier League is the second most popular football league in Italy, first being the Serie A. There is not much hyped following of specific teams. I think the main reason for Italians to be interested in EPL is due to the presence of successful Italian managers over the time. Managers including Gianluca Vialli, Claudio Ranieri, Carlo Ancelotti, Roberto Di Matteo and Roberto Mancini had impressed everyone and made a good impression. The popularity of EPL is high in Arab countries and in Far East.

Dylan Kok - Singapore
Premier League is most popular here and no other league comes even close. Our S League has many issues as it is run by the incompetent Football Association of Singapore. The football played here is boring so my fellow countrymen follow foreign leagues mainly BPL.

Champions League is also followed here but due to late match timings in weekdays it is difficult for everyone to manage. The other big leagues are La Liga, Bundesliga, Serie A, Ligue 1 but only top 2 or 3 teams are watched from them. Overall, the leagues are not thrilling for us as much as Premier League is.

Ahmed Y. Khiari, Lived in USA, Canada, Saudi Arabia and Algeria
I have lived in 4 countries and on the basis of my experience I would say Premier League is almost equal to La Liga in terms of popularity. Although, EPL has an edge due to live coverage and merchandise. The MLS has a pathetic fellowship compared to other sport leagues here such as MLB, NBA and NFL in the USA.

Similarly, everyone in my friends and social circle generally follows European football, especially Premier League, then La Liga and UEFA Champions League. I also watch La Liga, but I prefer watching the EPL due to its action packed fast-paced games.

Josh Phillips - Digital Marketing Professional, Football Enthusiast  @NewsfromJP - America
I rediscovered football (soccer here) with the help of a few friends within the last couple years. We regularly talk with each other about soccer, especially the EPL. If I may, I have some answers to your questions and feel free to use whichever you'd like. Thanks!

I think the English Premier League is a wonderful league. That being said, I'm an American and most of my social media is flooded with highlights and stories regarding EPL clubs. I think it's a great league to get an American started in, because of the history, the passion and the coverage that comes with the EPL that we are just now starting to see with the MLS.

The MLS is definitely taking off and in a good way, with the addition of a club in Atlanta, a future club in Miami with David Beckham at the helm and a new MLS club in Minnesota. I don't see the MLS ever being "America's Sport" in my lifetime with the NFL, NBA and MLB, but it's support is ever-increasing as more fans come to a game with a supporter and instantly fall in love with the high-paced performance.

Most in my circle does have their own EPL club they follow (such as Liverpool, Swansea and Chelsea), but we still will read up on the other clubs and watch their games whenever they're on. Personally, I don't have one favorite because I have quite a few favorites (Liverpool, Tottenham, Arsenal, Leicester - I know they all hate each other).

The other leagues I follow regularly are Ligue 1 in France, Serie A in Italy, Bundesliga in Germany, La Liga in Spain (Hala Madrid), and the MLS.

Jo Berah - Australia
The Premier League is pretty much the only football that is watched to any serious degree. The Australian A-League is an entertaining league, and some MLS is telecasted live on TV but the EPL is revered as the best around. Its popularity is high despite the fact that most games are played after midnight or late morning as per Australian time. Football (not rugby) is now officially the biggest sport in Australia, and it is purely down to the globalization of the EPL.

Vishnu Prakash – India
Premier League is the most watched football league India. I don’t have any stats to claim that but from my experience and social circle, I can say that it is true. Arsenal, Manchester United, Chelsea, Liverpool, Manchester City & Tottenham are the most followed EPL teams. The thrill and unpredictable of results makes EPL the most attractive of all football leagues.

We have two football leagues in India. The official is I-League and ISL (Indian Super League is unofficial. I-League is running as a traditional without much command, while ISL is targeting a revolution in Indian football with involvement of foreign players (including some legendary players like Diego Forlan, David James, Nicolas Anelka, Robert Pires etc.) along with young Indian talents, providing a commercial outlook for football in India. One major concern is that it is only played for only 2–3 months which doesn’t make it a league but a small competition.

Besides EPL, La Liga and Bundesliga are followed here mainly for Barcelona or Real Madrid, that too because of Messi and Ronaldo. Being a Messi fan, I follow Barcelona and Borussia Dortmund is my favourite German outfit. “And any football fan would watch UEFA Champions League. It’s a no-brainer.”

Diego De la Parra – Canada
English Premier League is very popular in Canada and it is my favourite football league. We don’t have a soccer league here but 3 Canadian teams are part of MLS which are doing well there. Toronto FC reached the MLS Cup Final while Vancouver Whitecaps and Montreal Impact played the playoffs due to which Canadians have developed interest in it.

To check more answers and give your opinion, follow the question on quora.