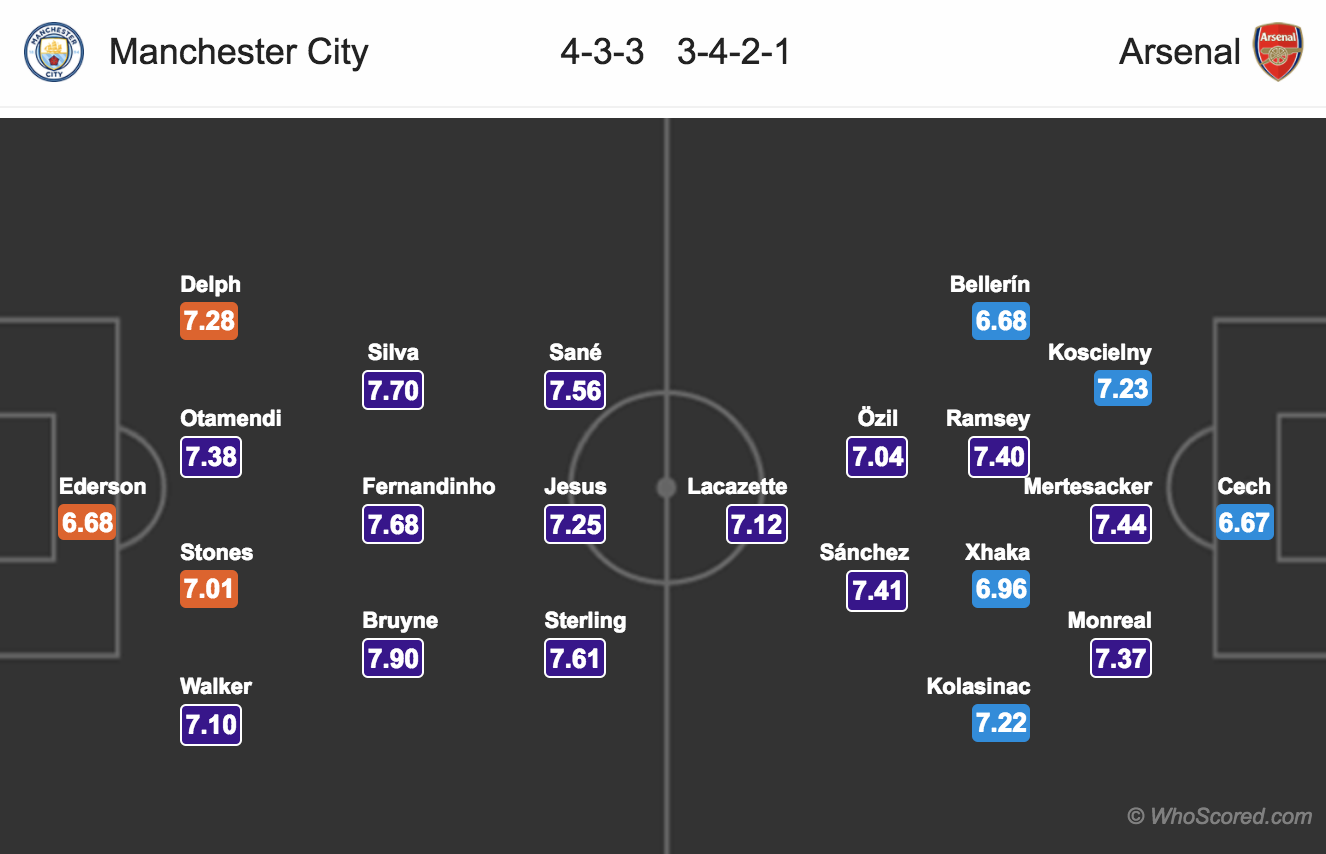 Team News:
Manchester City
Manchester City remain without duo Benjamin Mendy and Vincent Kompany against Arsenal.
Bernardo Silva could be getting a chance as both Raheem Sterling and Leroy Sane played full game in the midweek.
Kyle Walker, David Silva and Gabriel Jesus all are likely to be back after resting out in the midweek.

Arsenal
Arsene Wenger is likely to start with a similar lineup as of last weekend’s win over Swansea City.
Sead Kolasinac and David Ospina are doubtful for this clash. While Calum Chambers has returned but is not ready for first team action.
Santi Cazorla, Shkodran Mustafi and Danny Welbeck all remain on the sideline through injury.

Prediction:
Manchester City 2 – 1 Arsenal, the home side are in exceptional form so far this season, Raheem Sterling likely to score for the home side.