Southampton are looking to seal their first victory of December against Everton in a Premier League clash today. 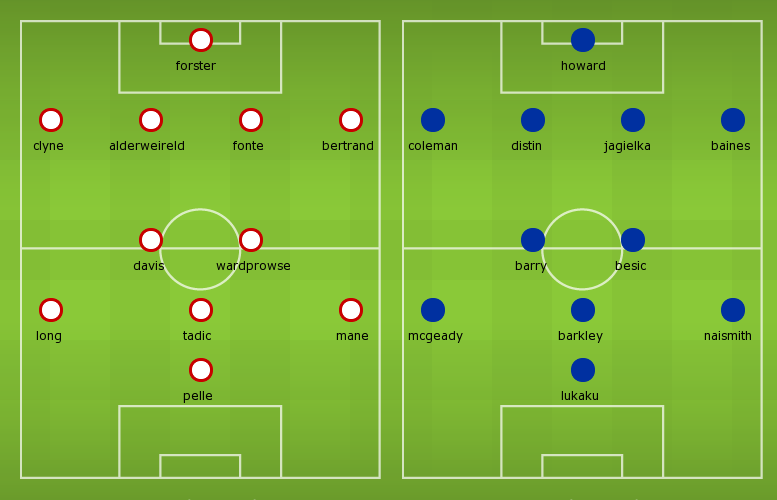 Team News:
Southampton
The home side will be without Victor Wanyama, Florin Gardos and Morgan Schneiderlin who all are suspended for this clash.
Jay Rodriguez, Jack Cork and Sam Gallagher all are long term absentees. But Steven Davis and are Graziano Pelle are expected to feature this game after returning from injuries.

Everton
Duo midfielder James McCarthy and Darron Gibson are doubtful for this clash with hamstring and knee injury, respectively.
Kevin Mirallas and Leon Osman both will miss with ankle injury. But Englishman Gareth Barry has returned from suspension.
Mirallas suffered ankle injury on Monday and is out for few weeks.

Southampton 1 – 1 Everton, a draw could drop them in the Premier League table .