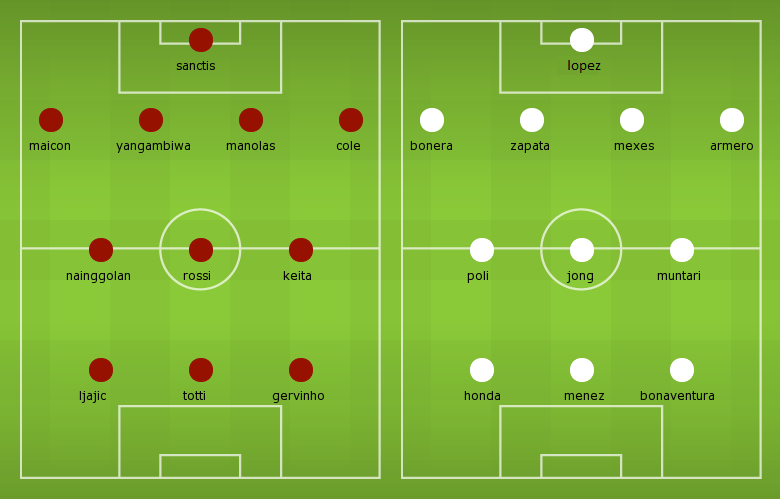 Team News:
ROMA
Roma will be without trio José Holebas, Davide Astori and Miralem Pjanic as all of them are suspended for this clash.
While duo defenders Federico Balzaretti and Leandro Castán and goalkeeper Lukasz Skorupski will miss this clash with their respective injuries.

AC MILAN
AC Milan boss Filippo Inzaghi has lot to think about as four first team defenders are out.
Four defenders Alex, Ignazio Abate, Mattia De Sciglio, and Adil Rami and a midfielder Marco Van Ginkel are out with their injuries.
Cristian Zapata is likely to replace Rami.

Prediction:
Roma 2 – 1 AC Milan, a difficult game for Milan.
A win for Roma will only close the gap with the Serie A leaders Juventus. While a lose for Milan could drop them.