Reports have revealed that Arsenal are set to sign teenager Krystian Bielik from Polish club Legia Warsaw next month. 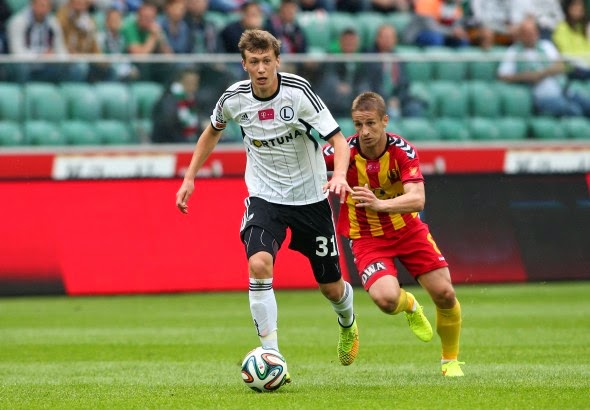 The highly-rated Polish star has reportedly agreed a deal to sign for the Gunners in the Winter Transfer window which starts from next month.

Arsenal inconsistency has been the major problem for them especially they are lacking in the midfield position. They have shortlisted many midfielders. Real Madrid Sami Khedira, Sporting Lisbon William Carvalho and Southampton Morgan Schneiderlin all have been in link with the Gunners.

Reports have revealed that Arsenal have finally found a midfielder Krystian Bielik but not for the present but for the future. He is only 16-year-old which definitely can’t solve the current Arsenal problems, however, he would a great addition for the future.

Arsenal manager Arsene Wenger has invited his parents for a visit to London so that he can discuss for his future. However, his parents are not ready for their son’s departure from homeland Poland but invitation clearly means an indirect offer from the Frenchman.

Reports suggested that Bielik will be offered around £2k-a-week which makes a total £104,000-a-year, currently his wages are four time less.