FC Basel vs Liverpool: A must win game for Both Sides

FC Basel will look to put a horrible start of their Champions League campaign behind them when they face Brendan Rodgers’ men this Wednesday.

Kick Off time: 11:45 PST
FC Basel will look to put a horrible start of their Champions League campaign behind them when they face Brendan Rodgers’ men this Wednesday. The Swiss Champions were absolutely demolished by the hands of rampant Real Madrid who outclassed them by 5 goals to 1. Paolo Sousa would want to convert his side’s impressive League display into Champions League. The Swiss side currently tops the League Standings after 10 games. 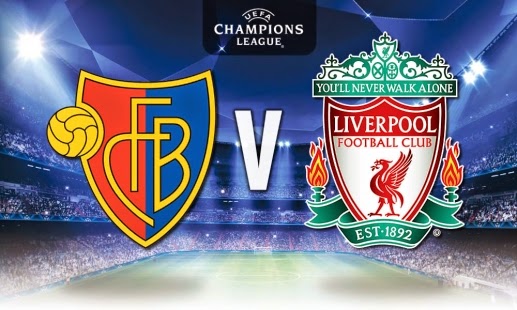 A win at St. Jakob Park has always been a tough challenge for the visiting sides and the challenge intensifies whenever an English side played there. Both Chelsea and Manchester United have gone and lost there in recent years. Even Liverpool drew their only match there back in 2002.

When Liverpool and FC Basel were drawn in a same group in 2002, Basel managed to qualify at the expense of the Merseyside Club.

Brendan Rodgers will be hoping that his side turns their fortunes around and put their season back on track. It has been a difficult start for Liverpool, both in Champions League and League games. After their narrow win over Ludogrets, Liverpool haven’t won a single match in Premier League. With Daniel Sturridge ruled out for yet another match, Balotelli and Co. have to step up to solve the striker’s crisis for Liverpool.

Reds’ next opponent in Champions League are Real Madrid so Brendan Rodgers will look to establish strong position before that match. For qualifying in the knockout phase, this match will be vital to win for both teams.

Liverpool FC enjoys playing in Switzerland. Reds have netted 14 goals in just 5 games while playing on Swiss soil. It also includes a 3-3 draw with Basel back in 2002. Considering the attacking mentality of both sets of managers, one thing is for sure that this match will produce lot of goals.