4 things we learnt from PSG Vs Barcelona

In a nerve reckoning match at Parc-des-Princes which was a treat to watch for the neutral regarding the intensity and shear pace injected in the game by both sides, PSG had the final laugh even in the presence of a weakened side. Barcelona, on the other hand were given a touch of humanity as a clean-sheet laden start to the season came to end for them. Although both Messi and Neymar opened and closed the scoring in Paris yesterday, still a Matuidi striker from close range was enough to see the home side through. 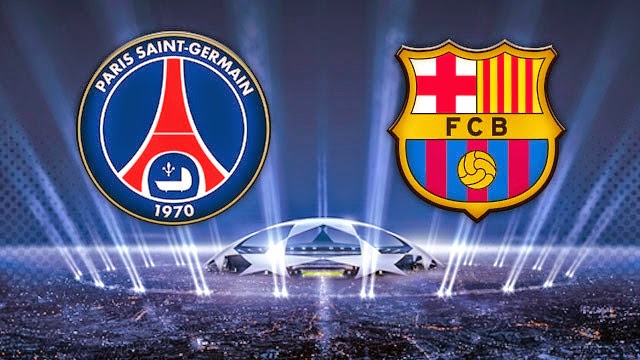 Here are the 5 things we learned from this epic encounter:-

Barcelona return to ground realities:
After securing 5 clean sheets in as many games from the start of the season, the Catalan giants were dealt a reality check when the visited Paris. While Lucas Moura was a constant nuisance for Jordi Alba who probably had the worst night in many months on the football pitch, pace and trickery of Cavani and Pastore did little to help a labored Barcelona side. At 30 years of age, new Barcelona signing Mathieu was given a rugged run as both Cavani and Pastore run him riot. And if Cavani could have put his shooting boots on, the score-line might have been much more disturbing for Barcelona.

PSG return to winning ways:
After an unconvincing start to the season which have put their fans in doubt that whether this team might retain their crown of French League, PSG announced them in good fashion against 3 times Champions League winners. While this wasn’t the most legendary of Barcelona sides, still they were the team to beat before the start of this match considering all the results that were going the Spanish sides’ way.

PSG fans love David Luiz - - and he loves them back:
While Luiz is always one of the most animated figure on the pitch whether you consider his time in Brazil or at Chelsea, still it seemed from last night that the Brazilian is fully enjoying his life in Paris. Being a full-back that cannot remain stagnant on his base position for long, PSG fans cheered every-time he took the ball forward. And Luiz repayed the faith really well by becomng the 1st player to score a goal against Barcelona this season.

Barcelona conceded un-provoked goals:
Apart from the 3rd goal of PSG which has written class all over it, both of the 1st two goals were a result of Barcelona errors. Matuidi, Luiz and Verrati had a goal-less start to the season since last night however thanks to some questionable defending from the Barcelona defense, all of them opened their accounts for this season. In the 1st goal Luiz was given un-precedential time in Barcelona defense while arguably the smallest player in PSG side won the header for the 2nd goal. So even though this was the 1st defensive dis-functioning Barcelona have seen this season, they have to look thoroughly into it as teams with pace like PSG can disturb their defensive quorum more often than not.