Match Preview: Arsenal Vs Galatasary: In terms of injuries, Arsenal are the 2nd most affected club in England after Manchester United with 8 injuries.

After seeing off his team dismantled against Borussia Dortmund in the 1st game-week of Champions League, Arsene Wenger might be preparing himself for the worst as injury crisis heightens for the North London club. Although players like Theo Walcott and Olivier Giroud were ruled even before the vicinity of this fixture, midfielder Aaron Ramsey and Mikel Arteta have joined the ever growing list of injuries among Arsenal fans. So, if defeat to Borussia Dortmund was swallowed easily by the Gunners’ faithful, any distraction from this match might be horrendous for Arsenal. 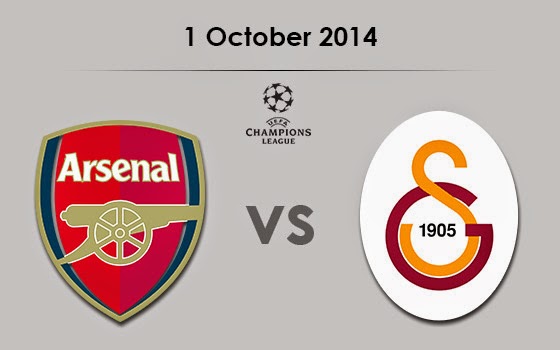 In terms of injuries, Arsenal are the 2nd most affected club in England after Manchester United with 8 injuries.

Apart from injuries to the forwards i.e. Yaya Sanogo and Olivier Giroud, Arsenal are also weakened in the defense as both the full backs Nacho Monreal and Mathieu Debuchy are out for long terms. In addition to the above mentioned injuries, Jack Wilshere is also a doubt for this fixture after suffering a knock in the London derby. So if all things go to plan- the injury plan of-course, 5 of the first team players are missing from Arsenal in such a crunch finale.

One more thing that adds salt to the wounds of Arsenal fans is the response of their manager towards recent injury criticism which is nothing new for the gunners. When he was asked to describe why his team has suffered the most injuries in the Premier League since 2002, Wenger was looking dazed as the Frenchman has no answer to this question.

However one fresh breath of relief might be coming the way of Arsenal is the record of Turkish side against the English outfits. From 9 times when the Turkish out-fit visited the English soil, they have experienced victory in none of those and considering the fact that they have lost last 3 of 4 games away in the Champions League, Arsenal are still favorites for neutral as well as bookies to win this match.

Last time both of these sides met was way back in 2000 UEFA Cup final when the Turkish outfit won the match 4-1 on penalties.

So even with most of the injuries coming their way, Arsenal have a good chance to struck gold against the Turkish side and with most of their important players out injured, it all might fall on to the trinity of Sanchez, Ozil and Welbeck if Arsenal are to go anywhere in the Champions League this season.