Both the sides were in the same group last season too. Arsenal won 1 – 0 at Signal Iduna Park while at Emirates Dortmund won and topped the group.


TEAM NEWS:
Dortmund manager Jurgen Klopp has five players out with an injury and two are unfit for this clash. Oliver Kirch, Ilkay Gündogan, Nuri Sahin, Marco Reus, Dong-Won Ji all are injured while center-back Mats Hummels and midfielder Jakub Blaszczykowski are unfit.

Meanwhile, Arsenal have also a long list of injured players, Olivier Giroud is out for a long time, and he will probably be back in January.
Theo Walcott is back in training but still lacking match fitness, Mathieu Debuchy who is already suspended for this clash is also out injured, Nacho Monreal has not traveled with the squad due to his respective injury. Read full article here. 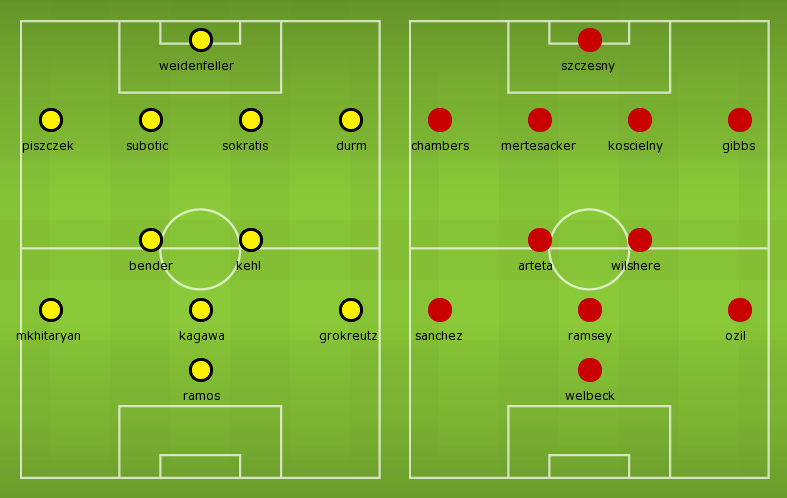