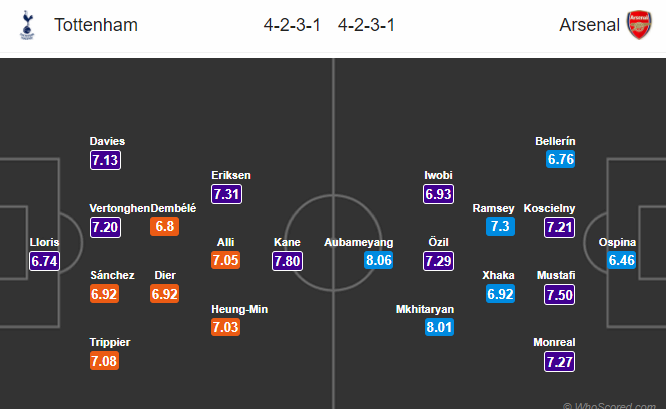 Team News:
Tottenham
Winter signing Lucas Moura is likely to debut against Arsenal after missing out last game against Newport in FA Cup.
Mauricio Pochettino is lucky to have no injury and suspension concerns ahead of the derby.
Toby Alderweireld was back to fill fitness against Newport, he is expected to start at the heart of defense.

Arsenal
Petr Cech is doubtful with a calf injury, picked up last weekend against Everton. While Nacho Monreal was also forced off in that game, he is likely to return.
Arsene Wenger likely to start with the same lineup that trashed Everton last weekend.
Santi Cazorla remains the long term absentee for the Gunners.

Prediction:
Tottenham 1 – 1 Arsenal, new signings for the visitors likely to shine in the derby.