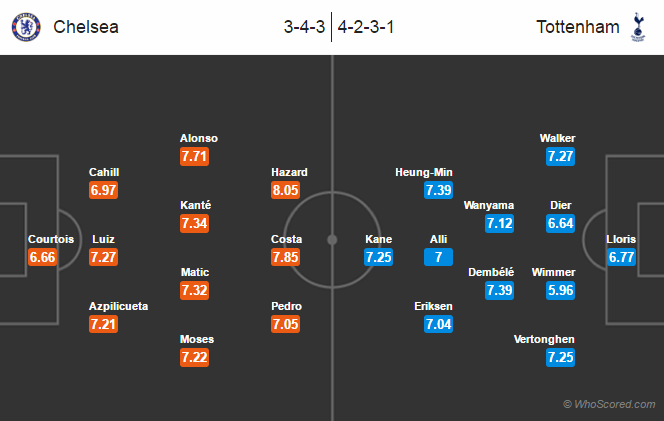 Team News:
Chelsea
Duo defenders Kurt Zouma and Marco van Ginkel are still out through fitness issues.
Skipper John Terry is also out with another injury for further two weeks.
Boss Antonio Conte is expected to start with a similar lineup as of last weekend.

Tottenham
Manager Mauricio Pochettino remains without few names, Erik Lamela, Toby Alderweireld and Ben Davies, all out through injury.
Danny Rose is suspended after being booked for five times. Jan Vertonghen is expected to take his left-back role.
Youngster Harry Winks could be getting a starting node.

Chelsea 1 – 1 Tottenham Hotspur, a tough and an entertaining game. Diego Costa to score the equalizer for the home side. Chelsea are in great form, the odds on Chelsea winning are already very high.