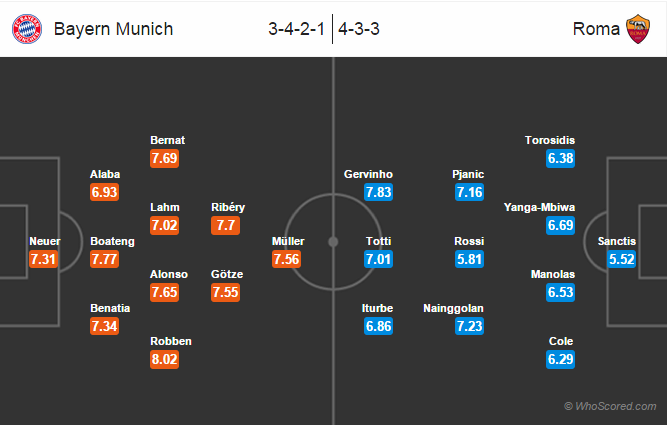 Bayern Munich will be without the above six players. While for Roma, Maicon and Borriello have a chance to feature in this game.