Daily Mail have reported that the North London side Arsenal are planning to seal a move for Manchester United duo defenders Chris Smalling and Jonny Evans. 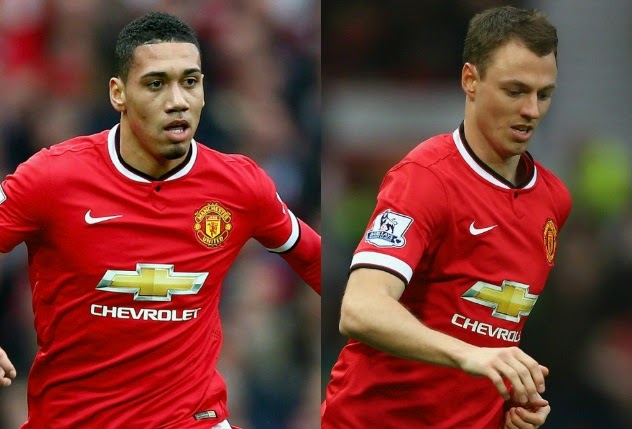 The Gunners boss Arsnee Wenger signed centre-back Gabriel Paulista in the winter window but he is still looking to add more defenders in the coming summer window. Paulista played an impressive game against Everton few weeks ago but had a minor knock which sidelined him for few games.

While Manchester United are already eyeing to sign centre-back Aleksandar Dragovic, which means Chris Smalling and Jonny Evans could be heading towards to exit door.

The Red Devils have been eyeing Austrian star Dragovic since the winter transfer window. They were close in January but failed to conclude his deal.

Arsenal who kicked out  Manchester United yesterday in the quarter final round of FA Cup by two goals to one at Old Trafford have held discussion for the possibility of duo United stars, according to reports

Smalling and Evans both are likely to lose their spots as Untied are eyeing big move in the summer once again.

Both the players have made only 12 starts in the Premier League due to injuries so far this term.