Borini or Lambert: Who should start up-front for the reds with Balotelli?

Borini or Lambert: Who should start up-front for the reds with Balotelli? Sturridge injury at the England training camp has given a problem to Brendan Rodgers.

As it has been made clear by the news coming out of the English camp, Daniel Sturridge is out for atleast for 3 weeks and is facing his fight against time to be fit in time to take part in the first Merseyside derby of this season at Goodison Park. As it has also been made clear last season that Liverpool play best when they play with 2 strikers up-front, manager Brendan Rodgers might be facing a difficult task in order to choose that who should pair up-front with the Italian Balotelli. 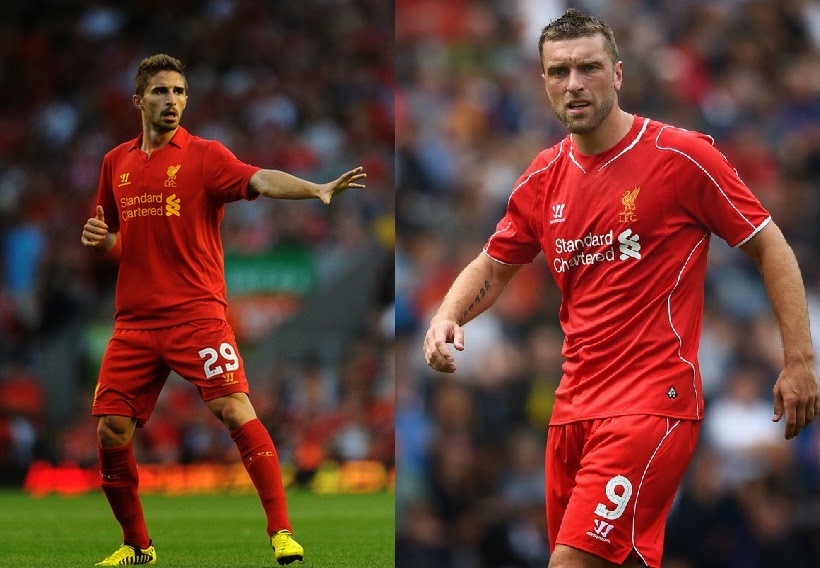 On the other hand, while playing for a relegation threatened Sunderland and a major factor of the Black cats surviving battle, Fabio Borini managed 7 goals last season with just 2 assists to his name.

So as far as the link-up play along with scoring goals is concerned, it is Rickie Lambert who had an upper hand as he was in the elite list of players last season that managed both goals and assists in double figures.

Rodgers factor:
While Fabio Borini was on the list of men going out of Anfield this summer, his last ditch efforts helped him to be on-par at Anfield and after rejecting several offers from Sunderland, the Italian National was able to prolong his Anfield career. However, if you look at the immediate history of Liverpool, Borini can take inspiration from Jordon Henderson as the Englishman’s case was not different from him.

Liverpool tried to include Henderson in a make-weight offer for Clint Dempsey of Fulham, however Henderson refused to go away, just like Borini.
Although Henderson position is nowhere near to Balotelli, he was also standing on the Liverpool fringes just 1 year after signing his contract with the reds. But his resilience as well as his work ethic in the coming season helped the young-man to win the hearts of Anfield faithful.

Now, after just 2 weeks of subduing the talks that were linking him to a move away from Liverpool, Fabio Borini has a huge chance at hand to justify to the Reds what they would have been missing and as Liverpool prepare themselves for a relatively easy set of fixtures after a tough fixture list behind them, so Fabio Borini can grab the chance.

Balotelli factor:
At 24 years of age and with such testing history behind him, Liverpool vowed to get the best out of the Italian when they signed him and in 60 minutes where Balotelli featured, he could have scored a hat-trick had he not missed his chances. One factor that was crucial in the Italian’s performance was Daniel Sturridge, the way the Englishman provided chance to Balotelli it was made clear what Liverpool thought when they paid 16million pounds for the bad-kid.

Linking up with Balotelli could be a huge factor in deciding who could play and who would sit on the sidelines. If form factor is concerned without work ethic, Lambert should be starting up-front against the Villans. However, keeping in mind the young factor as well as the pace of Fabio Borini on-and-off the ball, he might get a nod.