Today, Manchester United will host Swansea City at Old Trafford in the first game of the 2014-2015 Premier League season.


Team News:
Manchester United Dutch striker Robin van Persie is still seeking for a complete match fitness which seems that van Gaal will not take a risk and will give him a rest.
While attacker Danny Welbeck, midfielder Michael Carrick, defender Jonny Evans and midfielder Antonio Valencia are all set to miss the game due to various injuries but full-back Rafael has returned from a groin problem.
New signing Luke Shaw is out for four weeks with a hamstring injury.

Meanwhile, Swansea are without trio Marvin Emnes, Jay Fulton and Leon Britton who all are out with knee problem. But the Swans are happy to have Wayne Routledge and Nathan Dyer once again for the match. 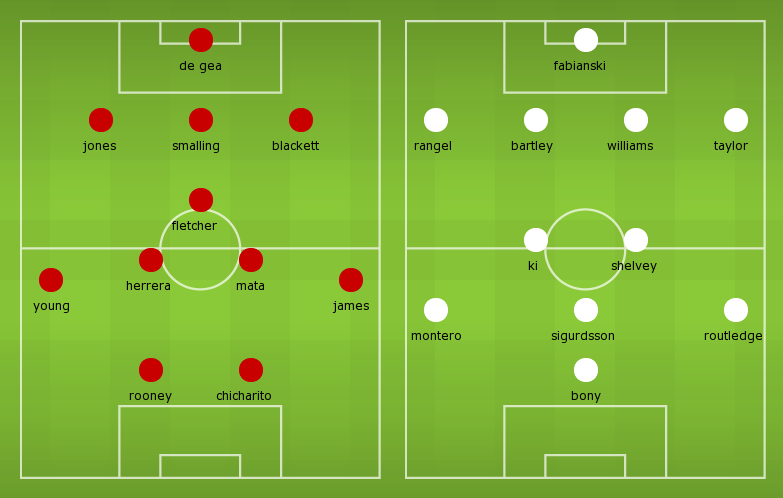