Brazil who lost 7 – 1 against Germany in the Semi Final will play Netherlands tonight in the third position match.


TEAM NEWS:
Brazilian captain Thiago Silva returns from a suspension. While boss Luiz Felipe Scolari will going to introduce some new faces on the field tonight.
Brazil will once again play without their star man Neymar who is still out with his back injury.

While on the other side, Netherlands have a fully fit squad and Louis van Gaal might also give some chance to new players. 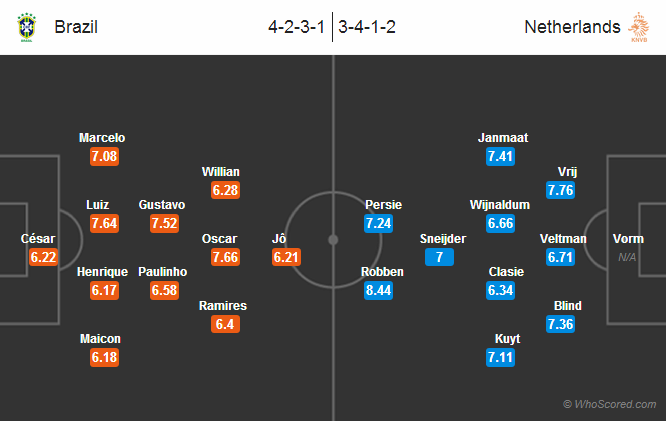 KEY BATTLE:
Thiago Silva  vs Robin van Persie
This battle will entertain all the football lovers around the World. Brazilian skipper Silva who missed last game due to suspension is back while van Persie who has not scored in the last three games looks set to increase his goal tally.