Player Comparison: Emre Can vs Lucas Leiva. Today, Liverpool agreed to sign Emre Can of Bayer Leverkusen, the fee is believed to be in the region of £9 million according to Guardian.

Today, Liverpool agreed to sign Emre Can from Bayer Leverkusen, the fee is believed to be in the region of £9 million according to Guardian. 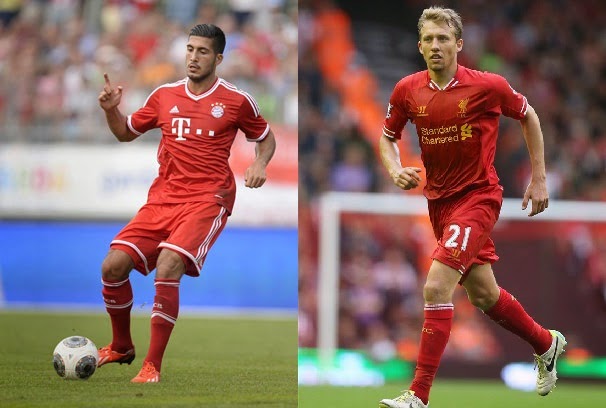 The arrival of Can will definitely alert the players of his positions that a tough completion is coming next season from the German.

Can will give tough time to Lucas, below is the comparison.

Positions:
Can is a versatile player, he can play in many positions like defensive midfielder, attacking midfielder and even on a right back role.

Lucas usually plays as a defensive midfielder. He can also play as a center midfielder but due to lack of attacking qualities, he is mostly found on the defensive position.

Qualities:
Can: Strong in air, tackling, dribbling but lacks quality crossing and discipline.
The German midfielder likes to play long balls and ground passes but the negative point is that he commits fouls too often as it can be seen in the below stats table.

Can is a young exciting player, Brendan Rodgers will definitely prefer him over Lucas.