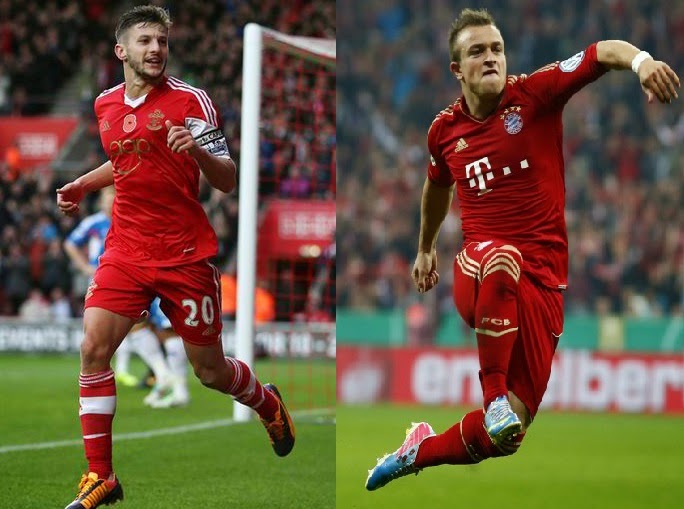 Liverpool who recently completed their first summer signing of a striker Ricky Lambert from Southampton might now consider Shaqiri as Southampton have demanded £30 million for Lallana.

Reports said that the reds offered £20 million to the Saints but they rejected it and demanded £30 million for their 26-year-old attacker who will be playing his first World Cup this month.

Here is a stats comparison:

Both of them have qualities but the reason for rejecting Lallana is that the price is too high. In £30 million, LFC can get a better quality player. Barcelona star Fabregas is valued at £30 million, so why to spend such amount on Lallana.

Paying £30 million will make Lallana overrated because the fans will expect more from him.

Which will be a better signing?
Lallana or Shaqiri?