Possible Lineups, form guide, stats: Liverpool vs Chelsea, the biggest fixture of the Premier League that will decide the BPL winner probably.

Today a cracking match will be played between Liverpool and Chelsea in the 36th week of Premier League.


The Reds are currently on top of the table with a clear five points difference from second place side Chelsea. Liverpool who have not won Premier League since 1990 need seven points out of nine to win the title.

Jose Mourinho is now eyeing Champions League trophy as Chelsea seem to be out of the title race. Blues boss have also decided to give new faces a chance at Anfield.

Stat: Liverpool have made a new record of scoring three or more goals in 20 games.

Team News:
Liverpool have a good news, their SAS will be back as Daniel Sturridge returns from his hamstring injury which he suffered few weeks ago. While Jordan Henderson is suspended and Victor Moses is ineligible to face his parent club.
Sebastian Coates and Jose Enrique are the only injured players.

Meanwhile, Chelsea have a lot of injury problems, big names Petr Cech, John Terry, Eden Hazard and Samuel Eto’o all are out due to different injuries. While Brazilian midfielder Ramirez will not be available due to his suspension.
Mohamed Salah and Nemanja Matic both will start as they are ineligible to play in Champions League, while John Obi Mikel and Frank Lampard are suspended for the second leg, all four are likely to be in the starting eleven. 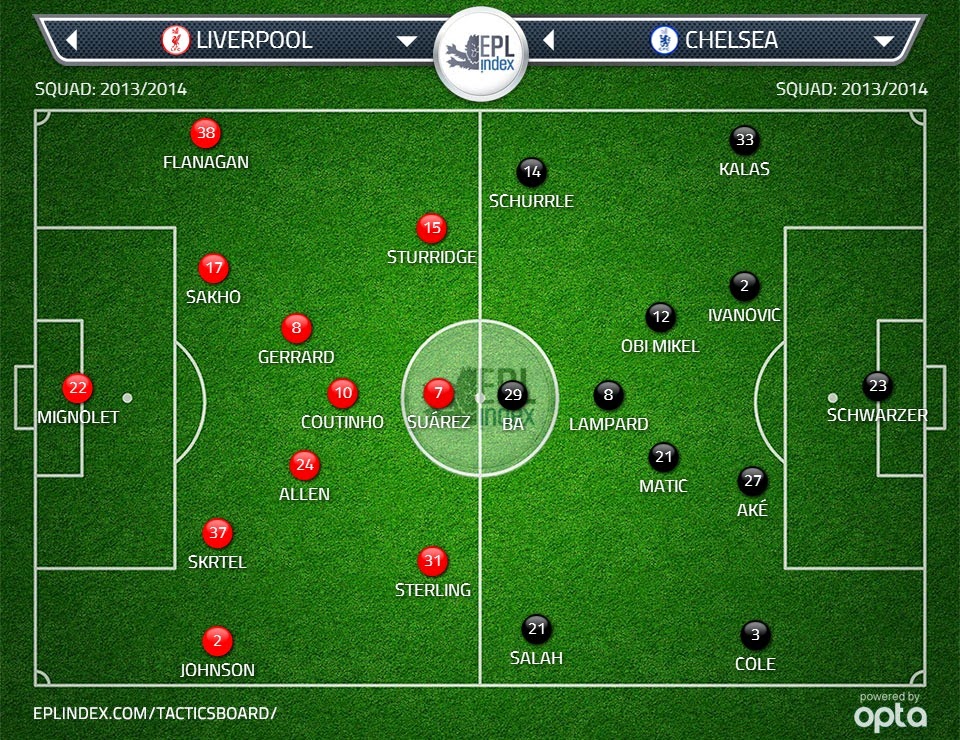