United legend Ryan Giggs was named as an interim manager for the remainder of the season few days ago when United sacked Alex Ferguson's flop successor David Moyes.

Giggs will definitely give his best to make his side better in the last three games in order to get a permanent managerial role at Old Trafford next season.

A win against Norwich will close their gap with the sixth place side Tottenham.

While the away side is on the edge of the relegation zone and a lose tomorrow might take them to the bottom three.

Team News:
Home side United have no new injury problems, Dutch striker Robin Van Persie and full back Rafael will miss this clash due to knee and thigh injuries.

Meanwhile for Norwich, they are also without any injury worries, Elliot Bennett has returned from a knee injury, recently, he played full 90 minutes for the Under-21 side. 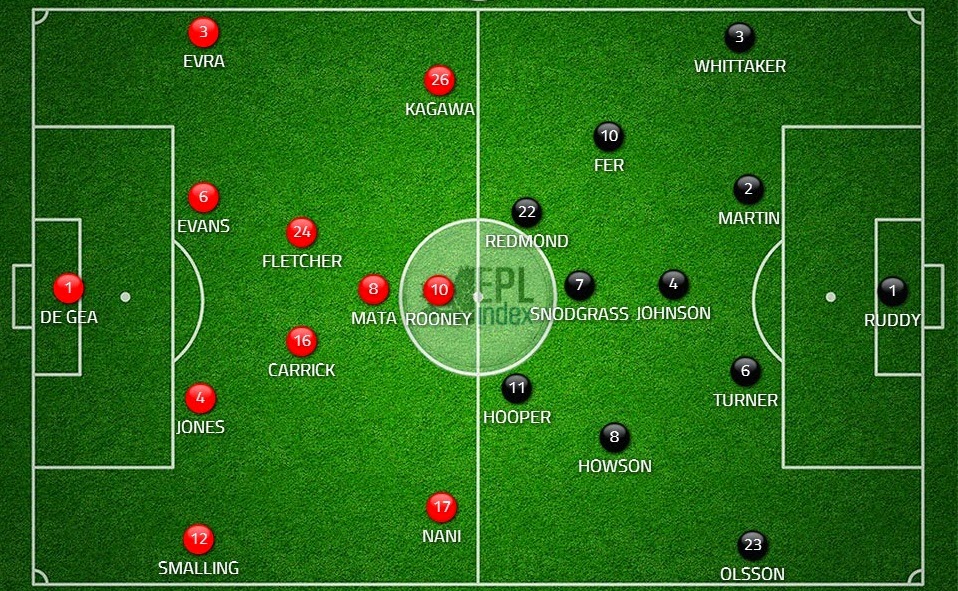 Prediction:
It will be a big game for Giggs as he is eyeing to grab his first win as a United manager. I will go for a United win.