#459699065 / gettyimages.com
Stat: Mesut Özil has scored four goals, all of them were scored at Emirates.

Team News:
Arsenal skipper Thomas Vermaelen is doubtful for this clash while midfielder Jack Wilshere, full back Kieran Gibbs both remain out along with Serge Gnabry and Theo Walcott.
While Abou Diaby who played for under 21 side in midweek got a light groin problem which will also keep him side-lined once again. The rest squad is fit to play.

For Newcastle, Moussa Sissoko who missed last three fixtures for Newcastle is back in action and will hopefully be in the starting eleven along with right back Mathieu Debuchy and striker Loïc Rémy. But duo Papiss Cissé and Luuk de Jong both will probably be out due to knee and ankle injuries, respectively. Newcastle number 10 Hatem ben Arfa is still struggling along with Ryan Taylor and David Santon. 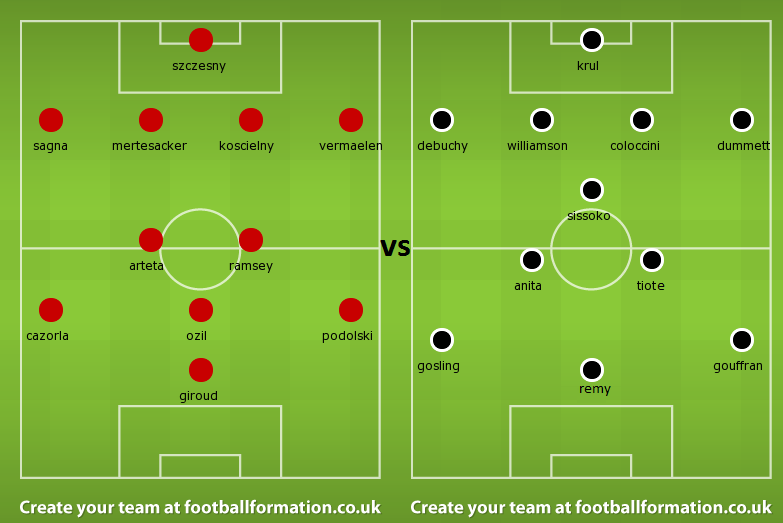