Arsenal will play Manchester City at Emirates in the 32nd week of Barclays Premier League today. One of the biggest fixture that will decide who have more chance to win the Premier league title this season.

Arsenal might have lost their hopes for the title but they have to fight for the fourth spot as Everton are just six points away with a game in hand. Arsenal have suffered trashing defeats against Liverpool and Chelsea in 2014 and this also leads everyone to another big defeat today. Manchester City are eager to get the first spot.

City must win this game in order to let their hopes live for the title because Chelsea have all easy fixtures except the Liverpool one which will be played on 27th April.

Team News:
Arsenal:
Laurent Koscielny will miss this clash against Manchester City due to his calf injury while Aaron Ramsey still needs few weeks. Left back Nacho Monreal might return to the squad but Jack Wilshere, Mesut Ozil, Abou Diaby and Theo Walcott all remain sidelined.

Manchester City:
City boss Manuel Pellegrini has said that playmaker David Silva has returned from an injury he suffered during a 3-0 win against Manchester United but reports are saying that he is still a doubt. Star striker Sergio Aguero is still out due to his hamstring injury he suffered against Barcelona. 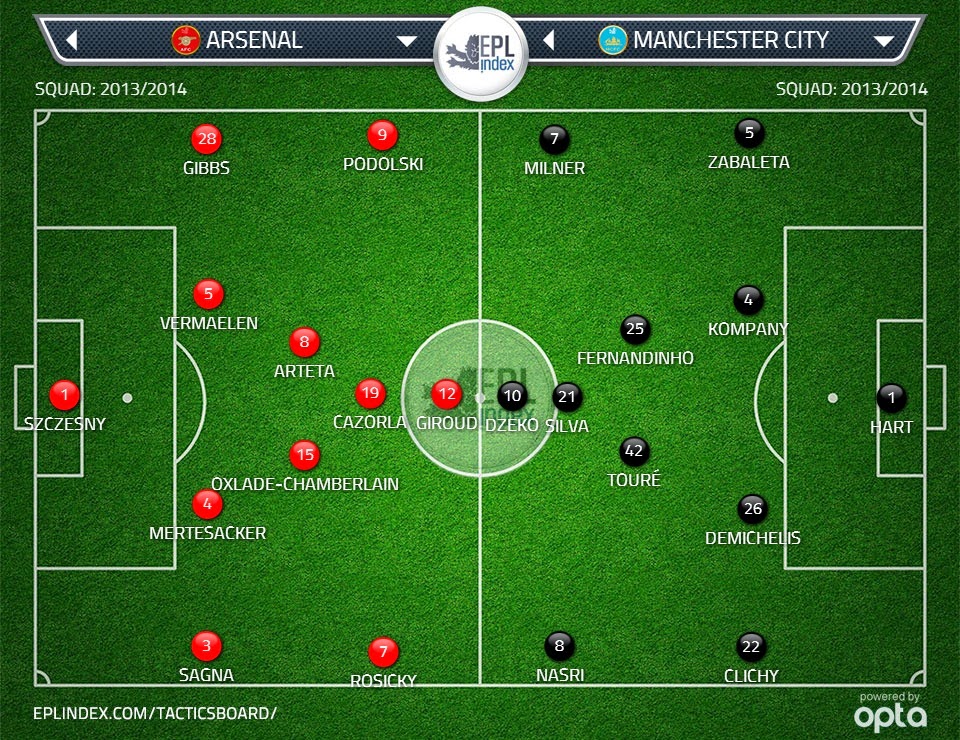