Referee Phil Dowd will start this wonderful fixture between Liverpool and Tottenham today in Barclays Premier League at 16:00 GMT.

Yesterday’s results of Chelsea, Arsenal and Manchester City were in favour of Liverpool, a win today against Spurs will take Liverpool to the top of the table.

“If Liverpool win all of the remaining games then they will win the Premier League title.”

Tottenham are on 7th position and a win might take them to 6th place depending on the result of an earlier game today between Fulham and Everton.

Team News:
Liverpool boss will possibly start with the same line up as he did last time against Sunderland. Rodgers have no injury worries except of Jose Enrique who is out due to his knee injury.

Meanwhile, for Spurs Emmanuel Adebayor is doubtful for this clash. Englishman Kyle Walker remains sidelined due to his groin injury, while Étienne Capoue, Vlad Chiriches and Erik Lamela all are out with different injuries. 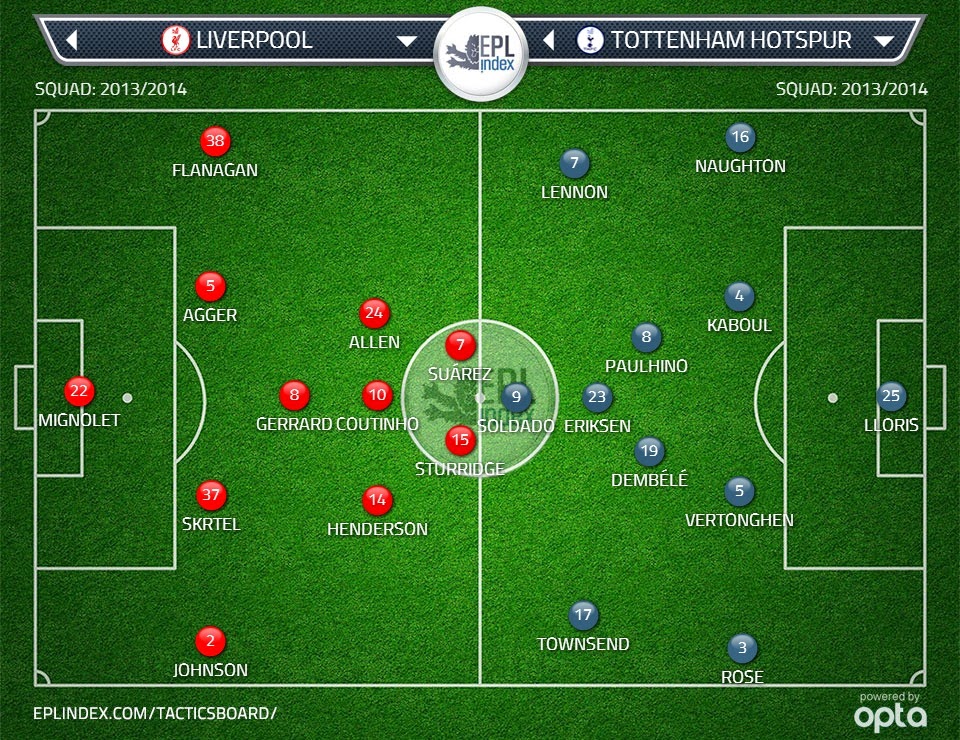 Stat: “Premier League games between these teams have produced a competition record eight own goals.”