How Good is Jack Grealish? 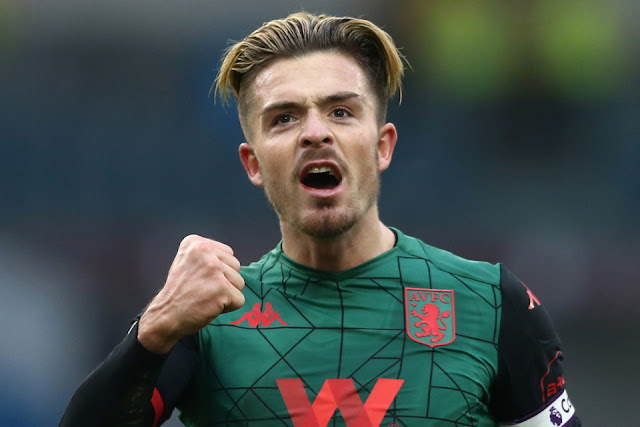 When asked to name the best players in the English Premier League, most will think of the top players on the best teams, the kind of teams you can bet on to win games using a Bet365 code.

However, one name that could escape your mind is Aston Villa midfielder Jack Grealish. Talent-wise, few will doubt that Grealish is too good of a player to be on a team like Aston Villa that just gained promotion to the Premier League and will likely be fighting until May to avoid relegation.

Outside of a half-season on loan to Notts County in 2013, Grealish has spent his entire career with Aston Villa, joining the club when he was six years old. It’s been a whirlwind for him both on and off the field, particularly over the past few seasons.

He was a fringe player when the Villains finished last in the Premier League in the 2015-16 season, sending them down to the Championship. Just a couple of years later, Grealish was a key part of the team that lost in the Promotion Playoff finals.

It was Grealish’s return from an injury that sparked Villa’s run the second half of the season just to get into the Promotion Playoffs.

It’s been more of the same this season, with the Villains struggling to stay out of the bottom three in the Premier League. He’s undoubtedly been Aston Villa’s best player this season.

The club has been heavily reliant on Grealish to be their on-field leader, which is a testament to how far he’s come in the past few seasons.

Every game that Aston Villa plays, there’s little doubt that Grealish feels the weight of the world on his shoulders. He knows he needs to be both a playmaker and a goal-scoring threat for Villa to get a positive result.

At the same time, he bears the brunt of the opposing team’s tackles. Grealish has won more fouls than any other player in the Premier League this season.

Not only is he miles ahead of everyone else, but the fouls he takes are usually hard and aggressive tackles by midfield enforcers trying to prevent him from unlocking the backline.

Grealish getting fouled with such frequency is largely a result of Aston Villa lacking bonafide playmakers other than him. But it’s also a sign of respect.

It means that opposing defenders fear what he can do if they don’t find a way to slow him down by any means necessary. More than anything else, it’s a sign that the rest of the EPL has taken notice of Grealish and what he brings to the table.

“They have one of the best players in the league in Jack Grealish,” Manchester City manager Pep Guardiola recently said. “I’m a big fan of him,”

Grealish also deserves credit for his growth in maturity that has accompanied his growth as a player. Early in his days with Aston Villa’s first team, off-field incidents were a common occurrence with Grealish.

However, they appear to be a thing of the past with the 24-year-old Grealish finally growing up. At the same time, his on-field cockiness has morphed into a quiet confidence.

This is another sign of maturity that has enabled Grealish to handle being the most important player on the field for Aston Villa, as well as the team’s captain. Grealish being able to take on both roles is why Aston Villa gained promotion to the Premier League and why the club at least has a fighting chance to stay up.

Yet, for as much as Grealish and grown and accomplished in a few short years, there is much he is yet to prove. While he has undoubtedly earned the chance to receive a call up to international duty, he enters the final international break before this summer’s European Championships without a full international cap for England.

It would take some good fortune, the trust of England manager Gareth Southgate, and a quick transition to the speed of the international game for Grealish to play a role for the Three Lions at the Euros this summer.

There is also the matter of Grealish going to a big club and proving that he can handle the pressure that comes with a bigger salary and a big-money transfer move. Wide-spread reports are linking Grealish to one of the top clubs in England this summer, most notably Manchester United, Chelsea, and Liverpool.

There are even whispers linking him with Spanish giants Barcelona and Real Madrid. At this point, Grealish moving to a big club this summer seems inevitable, especially if Aston Villa is relegated.

So, exactly how good is Jack Grealish? Well, he’s unlikely to win Player of the Year honors in the Premier League this season. However, one would be hard-pressed to find a player who’s more valuable to his team than Grealish.

Factor in the importance a player has to his club, and there are few if any players in the EPL who would rank higher than Grealish. That in itself says a lot about how good of a player Grealish is.

Of course, until he gets an opportunity to play with England at a major international tournament or makes a move to a big club that is expected to win trophies, it’s impossible to know how Grealish measures up against the best.

That being said, considering all he brings to the table and deals with, it’d be a mistake to doubt Grealish’s ability to one day leave little doubt that he’s one of the best in England, and perhaps the world.