Done Deal. Neymar has agreed to join Paris Saint Germain on a long-term deal, according to latest reports from SkySports.

Neymar has agreed to join Paris Saint Germain on a long-term deal, according to latest reports from SkySports. 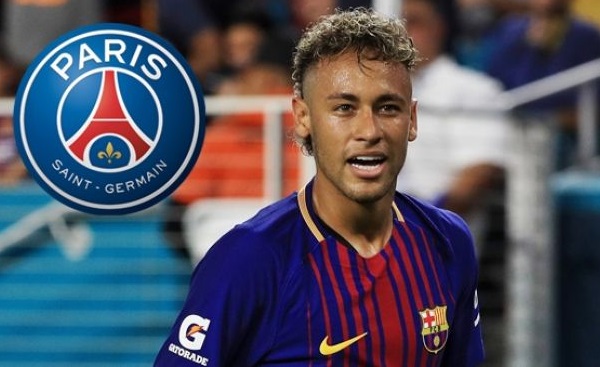 Barcelona today announced that they have reached an agreement with French side PSG for the summer deal of star player Neymar. PSG have reportedly paid around €200million which makes him the most expensive player in the history of football.

The Brazilian has agreed a five year deal worth nearly around €500million. He is expected to complete his move later this week.

Neymar has been playing under the shadow of Lionel Messi due to which he could not fight for the Ballon d’Or, this is likely to be the main reason of why he left the Camp Nou.


Neymar scored 105 goals in 186 appearances for Barcelona in all campaigns.

His five international teammates including Dani Alves and Thiago Silva are already waiting to welcome him at PSG.

Manchester United were also reportedly interested in signing Neymar this summer but PSG splashed bumper fee to seal the deal.

Barcelona are now looking to buy his replacement and Liverpool star Philippe Coutinho is on top of their list.

Liverpool are confident that Coutinho will stay despite of strong interest and a guaranteed starting role at the Spanish side.