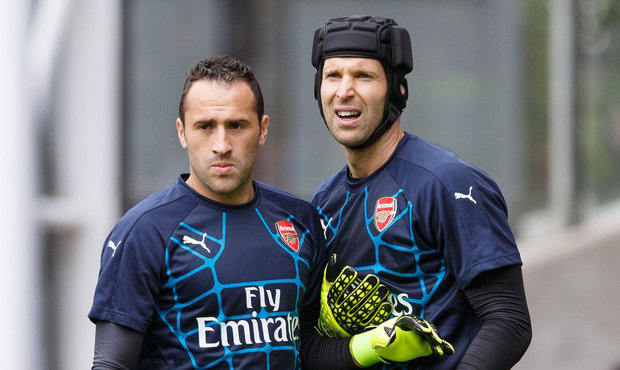 Cech has been out with a calf injury since the start of last month. He picked up an injury against Swansea City and has missed important games in the last month.

However, he has returned back to training but in his absence Ospina displayed an exceptional football which might give him more chances to start in the coming games.

Ospina recently kept a clean sheets in a 4 - 0 win over Watford few days ago.

The reports claimed that Ospina's performances in the last few games could maintain his place in the starting eleven and Cech may have to suffer on the bench for the remainder of the season.

However, it is unlikely because Arsenal manager Arsene Wenger is a big admirer of Cech and would not prefer Ospina over him.

Arsenal will now face West Ham in a Premier League game but it remains unseen who would be starting at the goalkeeper role.

Who should start, Cech or Ospina?
Have your say below!