Arsenal have received a big triple injury boost as star players Coquelin, Welbeck and Wilshere have returned to training after their lengthy spell on the sideline. 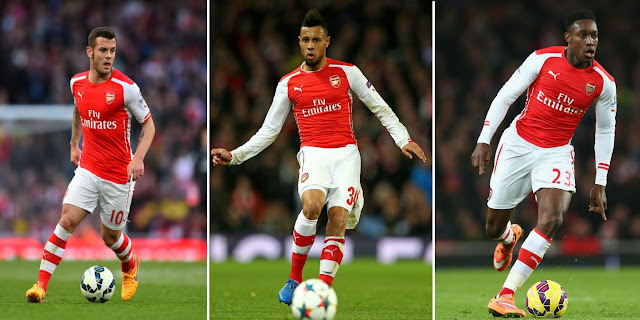 The Gunners have been without the trio for the past several months, especially striker Danny Welbeck has been out since the start of the season.

The recent reports from Arsenal training ground has revealed that Francis Coquelin, Danny Welbeck and Jack Wilshere all have returned to training after recovering from long term injuries.

However, the bad news for the Arsenal supporters is that they all will be unavailable for the coming Premier League game against Stoke City this Sunday. All three would still take few weeks to reach full fitness.

Coquelin’s absence has been a vital problem for the Gunners but boss Arsene Wenger has bought his replacement recently, he signed Mohamed Elneny from FC Basel few days ago.

While on the other hand, Jack Wilshere, Santi Cazrola, Tomas Rosicky and Alexis Sanchez are still on the sideline. Rosicky has returned but would be featuring for the under 21 side before coming to first team action.

Sanchez could return prior to this game, as per Arsene Wenger comments. The Frenchman said that the Chilean has 60 percent chance of returning this weekend.