Borussia Dortmund: From Relegation to Fighting for European Spot

Dortmund, A team which has beaten the very best European clubs, won domestic titles, and in the 2013/14 Champions League came close to winning the only losing out to their Bayern Munich.

Borussia Dortmund, a team which has beaten the very best European clubs, won domestic titles, and in 2012-2013 Champions League came close to winning but lost to their German counterparts Bayern Munich. The German club in the past few years have always finished in the top four. And with the squad they had this season you would have expected Dortmund fans to expect nothing less than a top four finish, compete in the Champions League and win domestic titles. 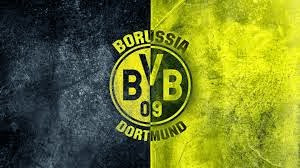 In 2012-2013 season, with Dortmund having Lewandowski their top striker scoring left and right and ensuring the club gets the three points and always challenge Bayern Munich for the title. But with Lewandowski contract ending last season, he became a free agent and was snatched up by their bitter rivals Bayern Munich. A big blow to BVB. But few signings were made the most noticeable ones being Shinji Kagawa returning back to the club where he made his name after two dismal seasons at Manchester United, and adding attacking options like Adrian Ramos and Ciro Immobile. Even though Dortmund had made some good signings, nothing could make up for their savior’s (Lewandowski) exit as he was their marquee players for the side.

Borussia Dortmund had to move on from that and focus on their current season objectives. But their start to the current season was not what Dortmund supporters were expecting. A two nil loss to Bayern Leverkusen on opening day leaving them in seventeenth place. And they ended the month of August in eighth place with a narrow win over Augsburg on the last match in the month of August. Dortmund started the month of September on a good note with a win over Freiburg and many would have assumed that parity has been restored to the German side. But the following three matches that month they picked up only point and also losing out to their bitter rivals Schalke in the Ruhr Derby. And they dropped down to twelth position in table which would have disappointed many Dortmund fans.

But what came after that for Borussia Dortmund shocked most importantly their fans and many football pundits from all around the world. The Dortmund Coach Jurgen Klopp was feeling the heat. And with rumors going around like wildfire that he would be sacked, it just made things worse for the German side. They picked up only nine points from thirteen games. A nightmare season for the German club and they finished the year with fifteen points and they were in the relegation zone at seventeenth place.

New year, every Dortmund supporter would have been expecting better results but sadly the new year started with a draw and then a loss. With Dortmund performing like this, the supporters were more worried about their team getting relegated than fighting for the European spot. But from February things started to change. I guess Jurgen Klopp found a solution to fix the hellish season that Dortmund were having. From February fifth their luck started to change and we could find the shades of the old Dortmund back which use to be a menace to other German clubs. Remarkable performances by the team lifted them off from the drop zone all the way up to tenth place the top half in the league where they currently sit in the table, and also they are only five points behind the sixth place Augsburg who sit in the last qualifying spot for the Europa League.

The turnaround for this German side has been fantastic when all thought that this might be a nightmarish season for them. They managed to turn things around and prove to their supporters that are going to fight till the very end. Applause must not only go to the players for pulling their socks up and playing like how they should have played the whole season. It should also go to the manager Jurgen Klopp who was definitely receiving a lot of stick and pressure from the supporters and management. But the great manager that he is, he always believed in his coaching abilities and his player’s ability to deliver winning performances. With Dortmund now finding their feet in the League and picking up momentum at the right time. Their next challenge will be this week against Bayern Munich “Der Klassiker” the Derby. The last time these two sides met their savior who left (Lewandowski) got on the score sheet. With Dortmund now playing at home and having found renewed confidence it’s going to be a cracker of a game.

Like they say it’s not how you start but how you finish. And that’s exactly the story of Borussia Dortmund current season. They started horribly and they are heading on course to finish strong. With the players finding confidence in themselves and for the club, it goes to show that form is temporary but the class is permanent.