Liverpool have already signed two players, Rickie Lambert from Southampton and Emre Can from Bayer Leverkusen. Both of them will be joining Liverpool squad after the summer break.


Liverpool star striker Luis Suarez has recently been linked with duo Spanish giants Barcelona and Real Madrid. Reports claimed that Barcelona are leading the race, they have offered cash plus Alexis Sanchez who is set to leave Camp Nou this summer. According to Spanish pundit Guillem Balague both are keen to land the Uruguayan.

While Southampton midfielder Adam Lallana is still in doubts for his future, he was strongly linked with a move to Liverpool but failed to conclude the deal due to high demands in transfer fee by the Saints.

Sevilla FC left back Alberto Moreno was also linked with LFC in the past weeks, but the same reason of transfer fee denied the transfer by Liverpool side.

Liverpool Lineup without Suarez
If Suarez leaves then definitely there will a striker coming who can replace him, but currently no big name has been linked. 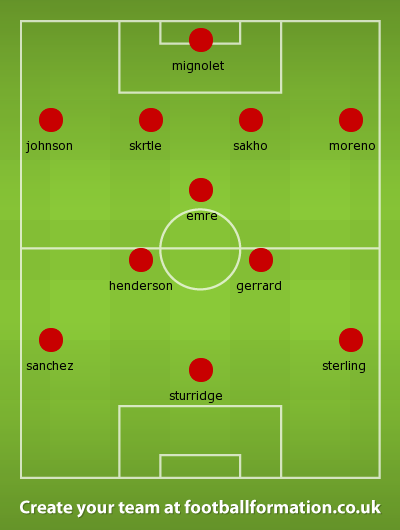 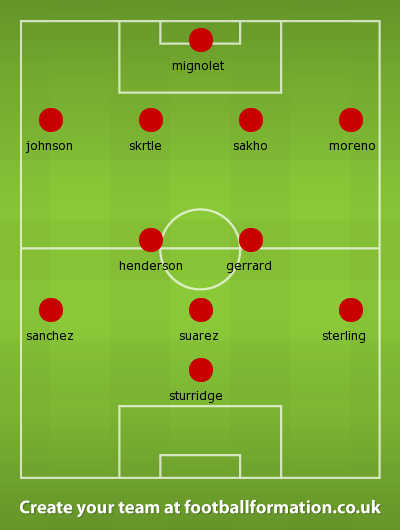 I would rather give Jon Flanagan a start instead of Glen Johnson.