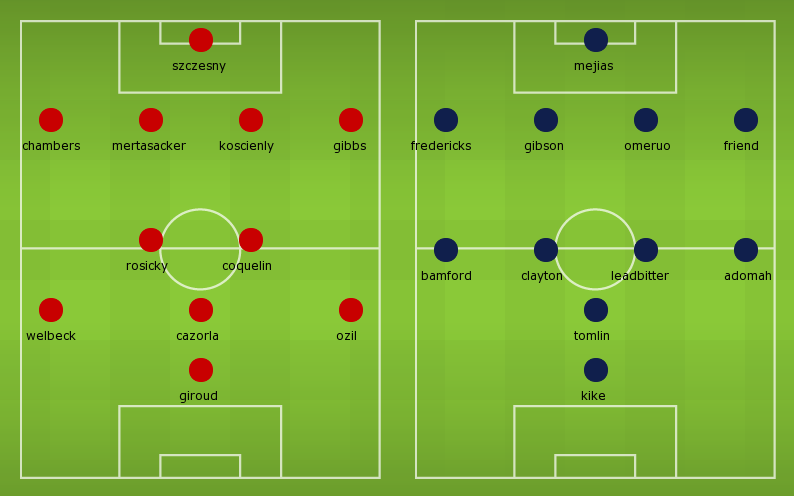 Prediction:
Arsenal 3 – 1 Middlesbrough, the Championship side came into this round by beating Manchester City but are likely to be kicked out by Arsenal.