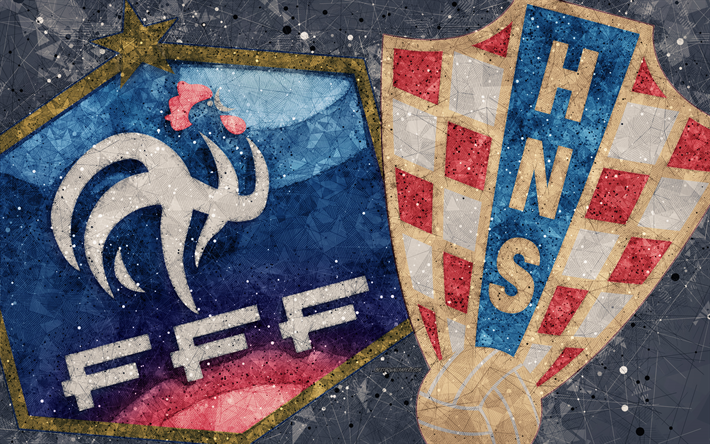 Team News:
France
Didier Deschamps is likely to start with the same lineup that beat the Belgian side earlier this week.
Djibril Sidibe and Blaise Matuidi are both doubtful through injury, however the latter is expected to be fine. Also, Benjamin Pavard is fit to start at the full-back role.
Olivier Giroud is likely to keep his place at the striking role despite his awful performance in the semifinal.

Croatia
Croatia boss Zlatko Dalić is also expected to name the same lineup as of last game against England.
Mario Mandzukic picked up a minor knock in semifinal but is expected to recover ahead of the final game.
Same goes with Ivan Strinic who also suffered a minor injury last time but should be fine for a start at his full-back spot. 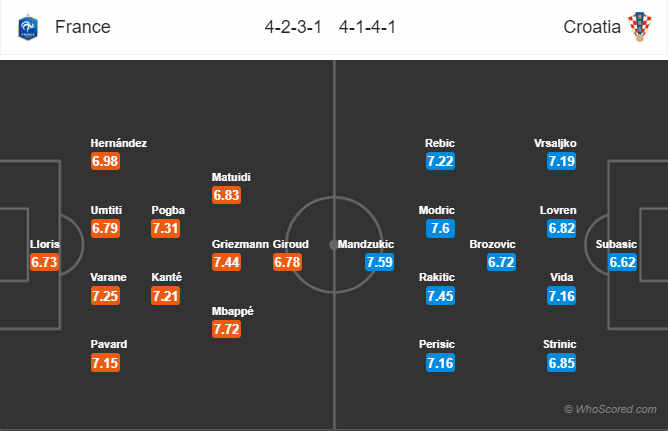