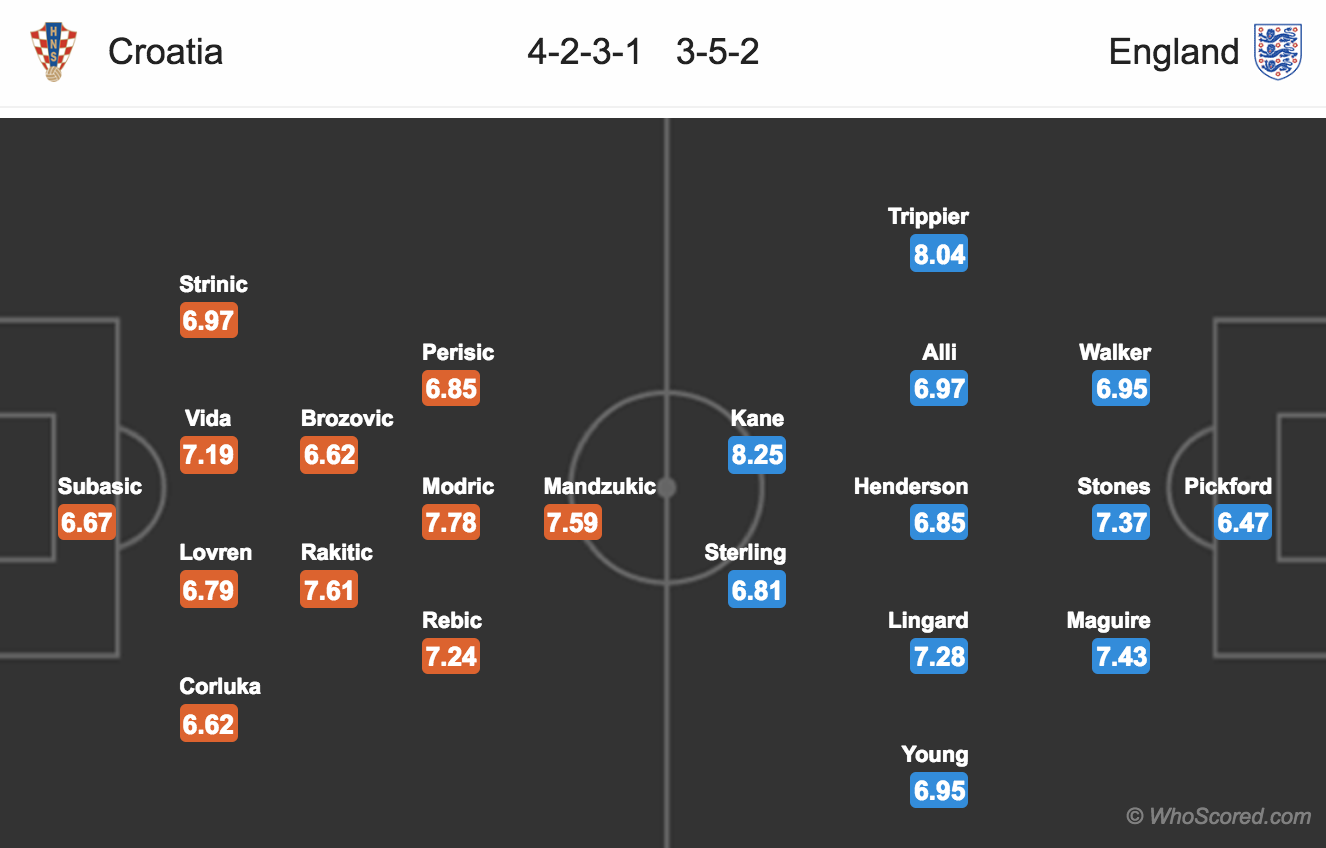 Team News:
Croatia
Marcelo Brozović is expected to return to the lineup after losing his place to Andrej Kramarić in last game against Russia. This would lead skipper Luka Modric to play on more attacking role.
Dejan Lovren and Danijel Subasic both are doubtful through minor knocks.
Croatia will remain without full-back Sime Vrsaljko due to injury which means Vedran Corluka will get a starting place.

England
Jamie Vardy and Jordon Henderson both are doubtful through injury, however the latter is expected to return despite of hamstring problem.
Kyle Walker, Dele Alli and Ashely Young all returned for the Sweden game from their minor knocks, they are fully fit to play here.