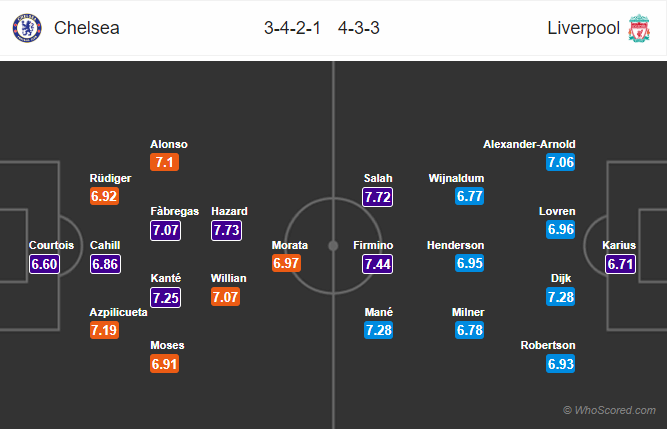 Team News:
Chelsea
Marcos Alonso will be back after missing last three games due to suspension. Emerson could still play ahead of the Spaniard after impressive performances in his absence.
Alvaro Morata and Olivier Giroud both will be fighting for a starting role, it depends on boss Antonio Conte who to pick for this big game.
Ethan Ampadu and David Luiz remain on the sideline through injury.

Liverpool
Liverpool remain without trio Joel Matip, Emre Can and Alex Oxlade Chamberlain as all are out for the remainder of the season.
Jurgen Klopp likely to start with a strong lineup as he looks to seal a top four spot in the Premier League.
Adam Lallana has returned from injury but is not ready for match, he was included in the Champions League squad against Roma in the midweek.
Full-back Joe Gomez is doubtful with an injury.

Prediction:
Chelsea 1 – 1 Liverpool, tough and entertaining game, crucial game for both the sides as both are looking for a top 4 finish.