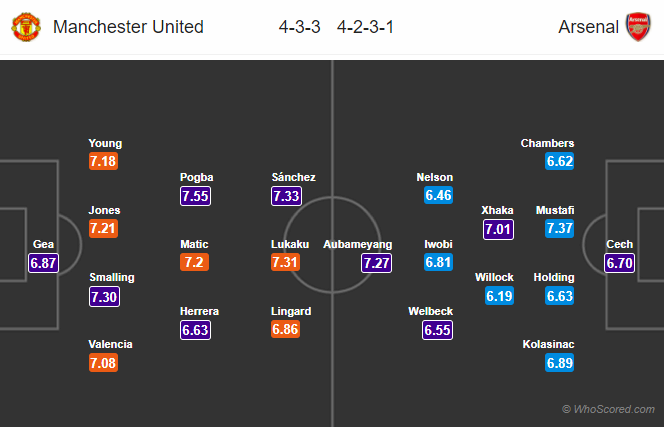 Team News:
Manchester United
Manchester United boss Jose Mourinho is expected to start with the same lineup as of last weekend that won against Spurs in the FA Cup semi-final.
Alexis Sanchez will start for the first time against his former side since leaving the Emirates stadium in the winter transfer window.
Sergio Romero is on the sideline through injury while Eric Bailly is doubtful through illness.

Arsenal
Santi Cazorla has returned to training but is unlikely to feature this season.
Mohamed Elneny will miss this game through injury.
Henrikh Mkhitaryan remains doubtful through knee problem, he is likely to return against his former side.
Arsene Wenger will give rest to some players as the Gunners will be travelling to Madrid for Europa League second leg next week.

Prediction:
Manchester United 1 – 1 Arsenal, the away side are likely to give a tough time to the host.