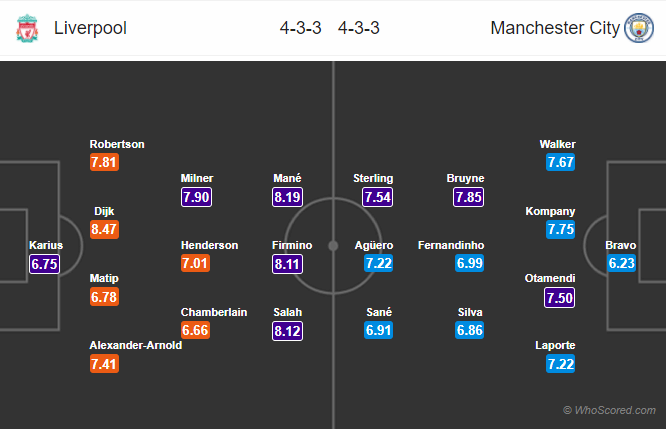 Team News:
Liverpool
Adam Lallana will miss this game after picking up hamstring injury against Crystal Palace last weekend.
Emre Can remains a doubt with a back injury.
Nathaniel Clyne is yet to feature this season, he is unlikely to be involved in this big game.
Alex Oxlade Chamberlain and Dejan Lovren both are eyeing to get starting berth.
Alberto Moreno and Jordan Henderson both are only one yellow card away from suspension, the skipper must be very careful.

Manchester City
Star striker Sergio Aguero missed last game against Everton due to knee injury but is expected to return for this game.
Aymeric Laporte is doubtful through a foot injury picked up on the weekend.
John Stones likely to miss another game in a row, while Fabian Delph is doubtful.
Danilo, Ilkay Gundogan and Fernandinho all are one yellow card away form suspension.

Prediction:
Liverpool 3 – 1 Manchester City, big game for both the sides, Mohamed Salah likely to keep his exceptional form against the Citizens.