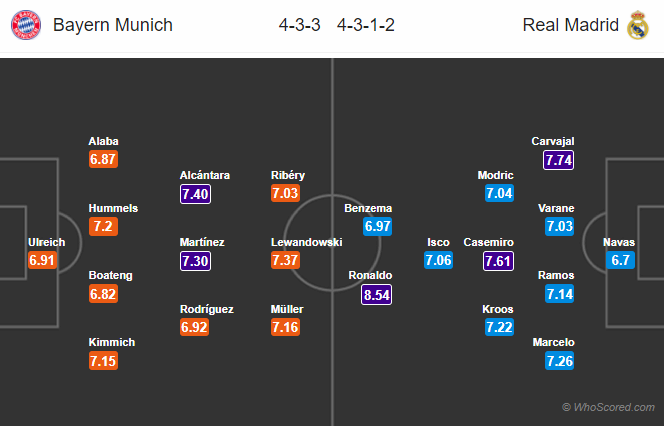 Team News:
Bayern Munich
Bayern Munich will recall their star players including Robert Lewandowski, Franck Ribery, Thomas Müller and Javi Martinez to the lineup after resting them out in the league game at the weekend.
The home side remain without trio Manuel Neuer, Arturo Vidal and Kingsley Coman as all are out through injury.


Real Madrid
Real Madrid were lucky to not have a game over the weekend, Zinedine Zidane has a fully fit and fresh squad to choose from. The only concern is of Nacho who is doubtful through fitness issues.
Sergio Ramos is back after missing last game due to suspension.
Gareth Bale could be starting upfront as Karim Benzema’s form remains a big concern.
Isco and Marco Asensio both will fight for a starting role.

Prediction:
Bayern Munich 1 – 1 Real Madrid, a tough game for the visitors, Cristiano Ronaldo likely to score for the away side.