Premier League transfer news. Napoli midfielder Jorginho has been linked with a summer move to Liverpool, according to reports.

Napoli midfielder Jorginho has been linked with a summer move to Liverpool, according to reports. 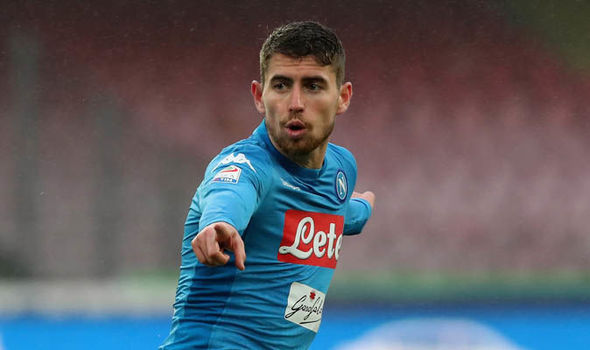 The midfielder has given an indirect hint by liking a social media post that linked him with a move to Anfield.

The reports have linked him with several sides including the Reds as they fear of losing their star midfielder Emre Can in the summer.

Boss Jurgen Klopp is already aware of Can's situation. The German is expected to leave the club for Juventus, he is yet to sign a new deal and will become free at the end of the season.

The reports believe that the Serie A midfielder would cost around £50million for which Liverpool might not be ready as they have already signed Nabi Keita from German club RBL Leipzig.

Fans are very excited with his link and believe that he could be a great addition to the squad despite Emre Can’s uncertain future.

The 26-year-old has made more than 125 appearances for the Italian side since his move from Verona in 2014.