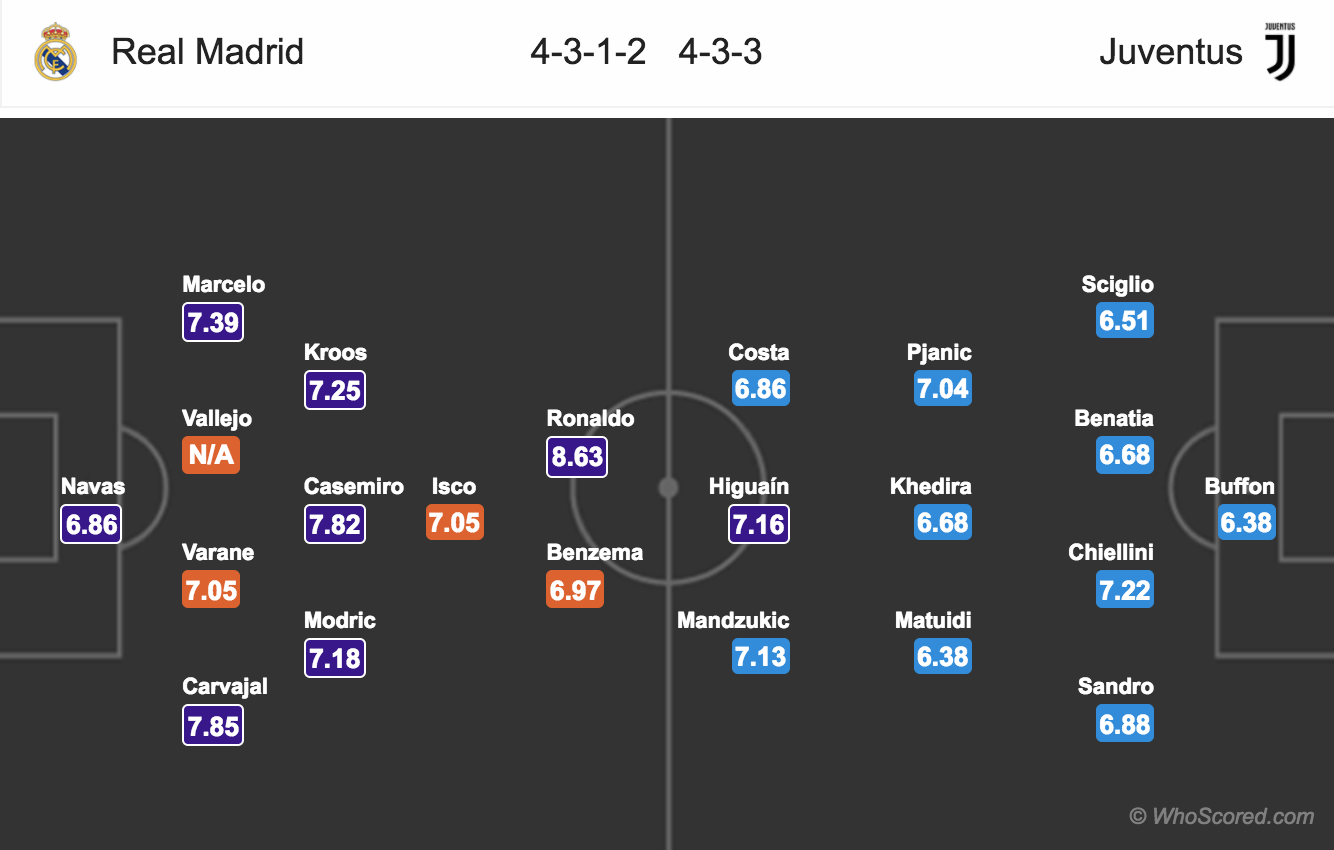 Team News:
Real Madrid
Real Madrid will welcome Juventus without skipper Sergio Ramos who is suspended for this game.
Nacho and Jesús Vallejo are doubtful through injury this creates problem for manager Zinedine Zidane.
The rest of the team likely to be same as compared to first leg game.

Juventus
Away side star player Paulo Dybala will miss this game through suspension after picking up two yellow cards in last game.
Rodrigo Bentancur is also suspended after picking too many yellow cards in the competition.
Duo Miralem Pjanic and Medhi Benatia return after missing out last game through suspension.
Mario Mandzukic, Juan Cuadrado and Douglas Costa all are eyeing for a starting role alongside Gonzalo Higuain who was rested over the weekend.

Prediction:
Real Madrid 2 – 1 Juventus, with a big win away from home by Real Madrid, it is easy for them to seal the semifinal spot.
Juventus will be hoping for a miracle which is unlikely to happen after seeing an impressive Real Madrid form in the Champions League this season.


Columinst: Junaid Effendi, is the Chief Editor at Football News Guru. He writes match preview and report of all big games. See all his articles.
Follow him: