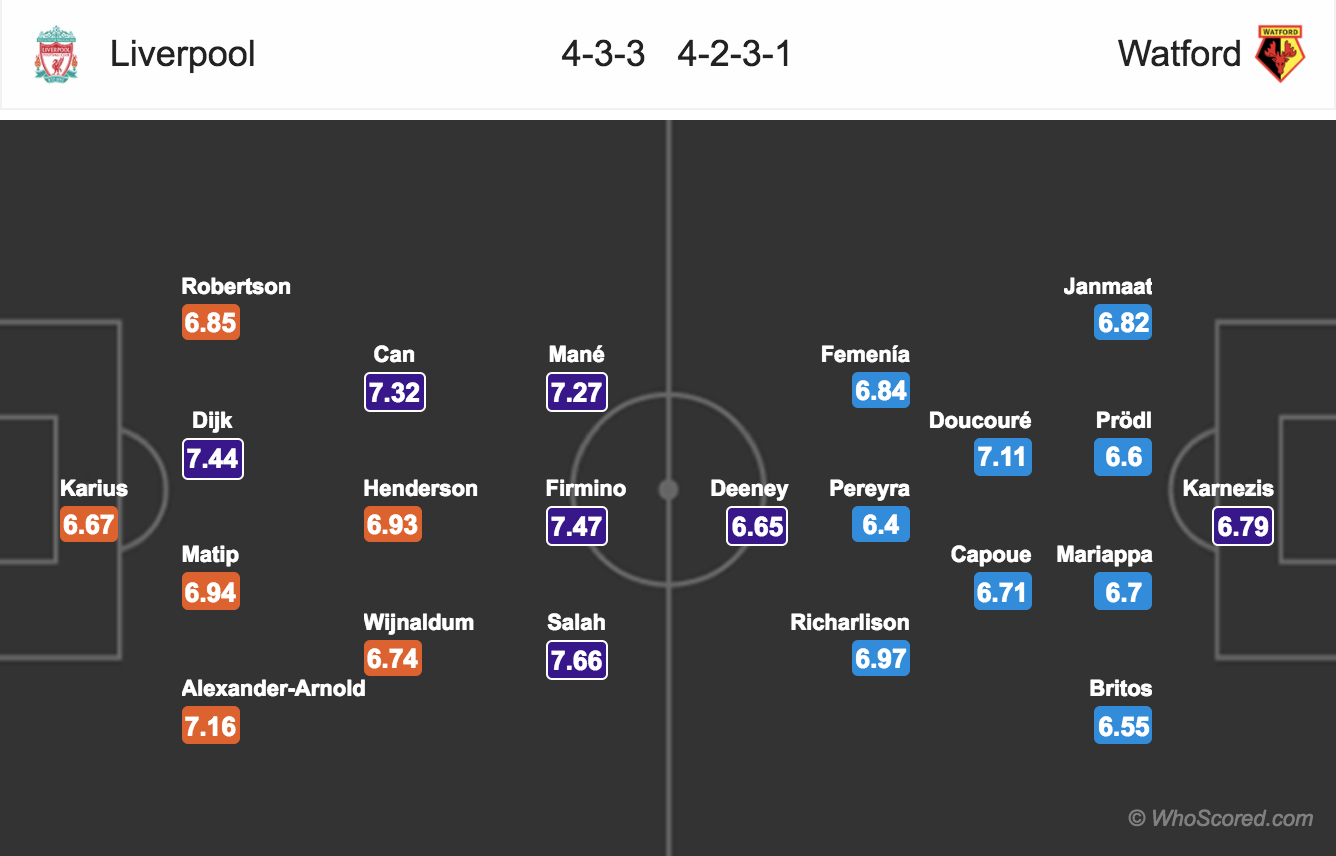 Team News:
Liverpool
Jurgen Klopp did not start skipper Jordan Henderson in the last game against Manchester United, he is expected to start this weekend.
Joel Matip likely to replace Dejan Lovren in the starting eleven as the Croatian performance against the United did not go well.
Georginio Wijnaldum is back from illness and could take Alex Oxlade-Chamberlain place in the starting lineup.
Nathaniel Clyne has also returned from his long term injury, but is not yet fit for first team action.

Watford
The visitors are likely to make several changes to the squad.
Watford remain without eight players for the trip to Liverpool.
Kiko Femenía is likely to continue on the right-wing position.
Troy Deeney should keep his place in the starting lineup despite poor performance in the last game.

Prediction:
Liverpool 3 – 0 Watford, Mohamed Salah to score a brace for the home side.