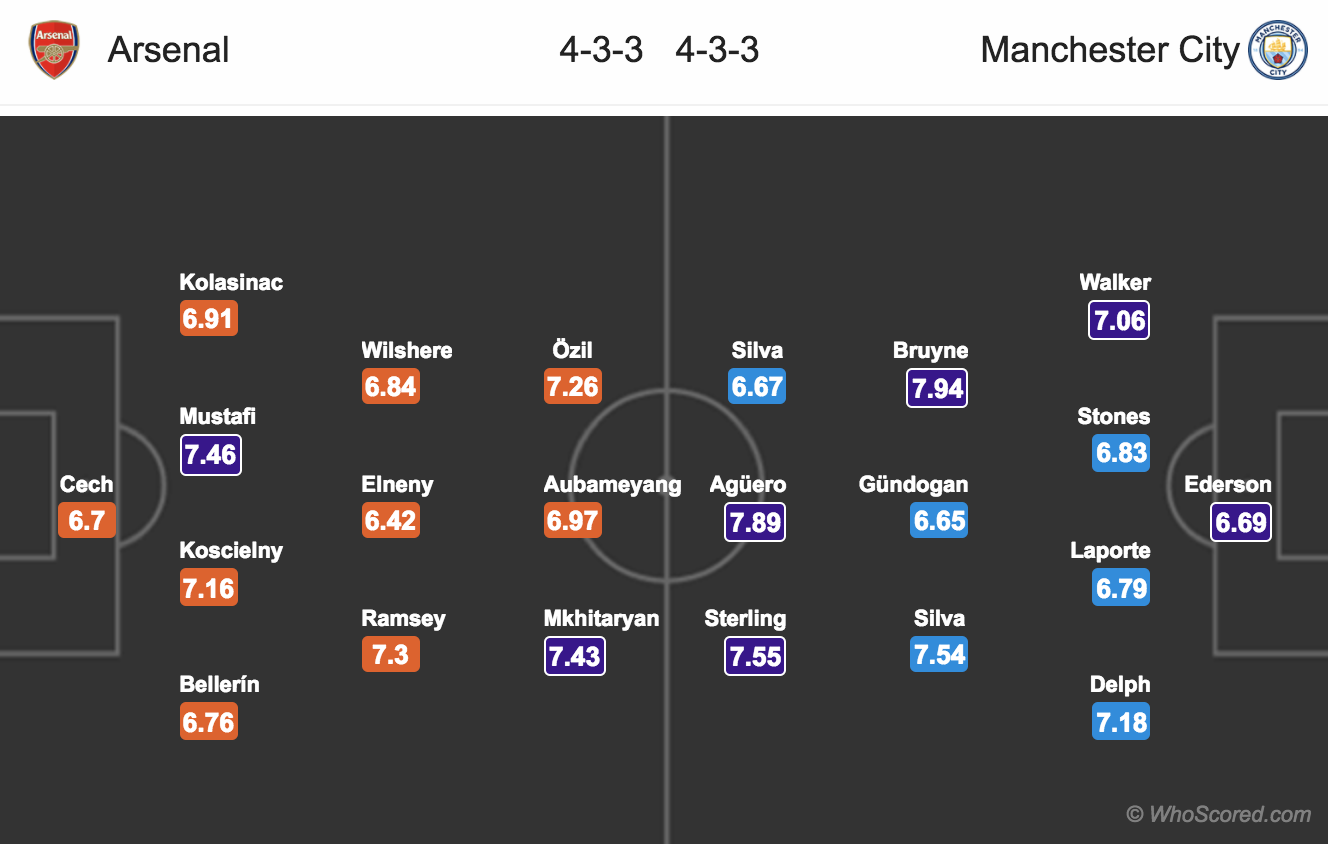 Team News:
Arsenal
Arsenal played without Henrikh Mkhitaryan who was ineligible to feature in the League Cup. He will return back to the starting lineup.
Alexandre Lacazette and Santi Cazorla remain on the sidelines but Aaron Ramsey is fully fit, he featured in the Sunday’s clash.
Sead Kolasinac likely to take Nacho Monreal role as the Spanaird picked up an injury on the weekend.
Petr Cech will be back to the lineup while Mohamed Elneny also eyeing to get a starting berth.

Manchester City
Fernandinho will miss this game due to hamstring injury, picked up in the win against Arsenal.
Pep Guardiola is likely to make few changes to the squad. John Stones and Aymeric Laporte could be featuring. Fabian Delph will also return after missing out the final due to suspension.
Gabriel Jesus returned from knee injury after two months, he might start from the bench.
Raheem Sterling remains doubtful through a hamstring injury.

Prediction:
Arsenal 1 – 1 Manchester City, Sergio Aguero on the scoresheet for the visitors.