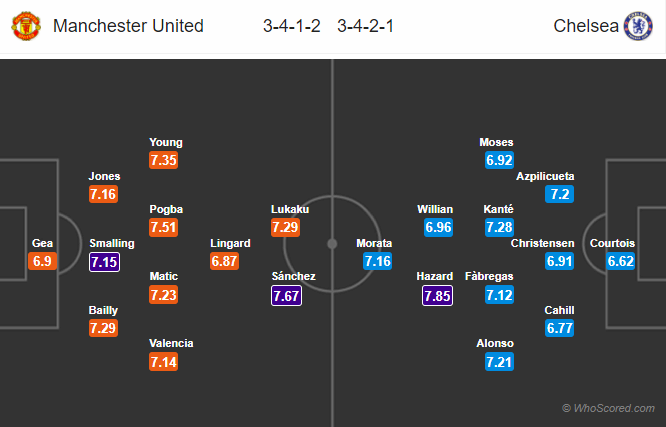 Team News:
Manchester United
Manchester United boss Jose Mourinho could be starting with 3 center-backs against The Blues, but it depends on the fitness of duo Phil Jones and Marcos Rojo. If the boss reverts to 3 center-halves, then Alexis Sanchez might be starting upfront alongside Romelu Lukaku.
Ander Herrera is on the sideliness through hamstring injury, which he picked up in the Champions League game against Sevilla earlier this week.
Paul Pogba did not start the last game, but he is likely to take a starting berth this Sunday.

Chelsea
Chelsea are without trio David Luiz, Ross Barkley and Tiemoué Bakayoko as all are doubtful through injury.
Alvaro Morata and Olivier Giroud both started on bench against Barcelona, but the former is likely to be recalled.
Antonio Rudiger will be eyeing to keep his spot in the starting eleven. He has replaced Gary Cahill at the defense line in the recent games.

Prediction:
Manchester United 1 – 1 Chelsea, the home side are likely to play defensive game to atleast pick a point against the Blues.