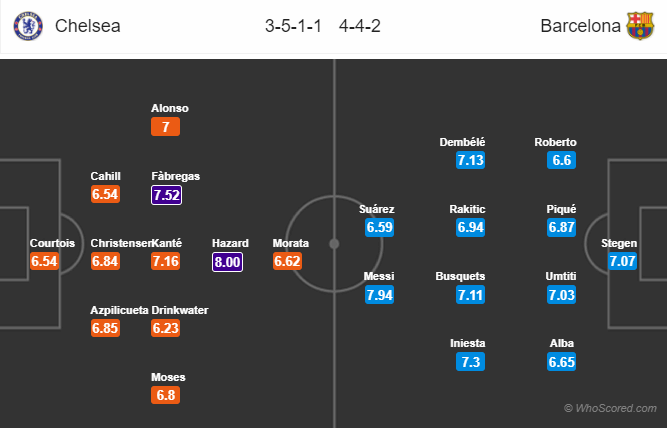 Team News:
Chelsea
Chelsea manager Antonio Conte is likely to start with Olivier Giroud upfront instead of Alvaro Morata who has been struggling in front of goal.
Tiemoué Bakayoko is doubtful, while Marcos Alonso has recovered from his injury.
Gary Cahill and Antonio Rudiger both are eyeing to get a starting role.
David Luiz and Ross Barkley remain on the sideline through injury.

Barcelona
Winter signing Philippe Coutinho is ineligible to feature for Barcelona in Champions League as he has already featured for Liverpool earlier this season.
Ousmane Dembélé is fit but will have to compete with Paulinho for a starting berth.
Nélson Semedo is out through suspension.

Prediction:
Chelsea 1 – 2 Barcelona, Lionel Messi and Luis Suarez on the scoresheet for the visitors.